"You Know You're In Dubai...": Ravindra Jadeja Finds New Tune To Work Out To. Watch

With all the IPL 2020 franchises in the United Arab Emirates, the players are finding different ways to complete their quarantines. 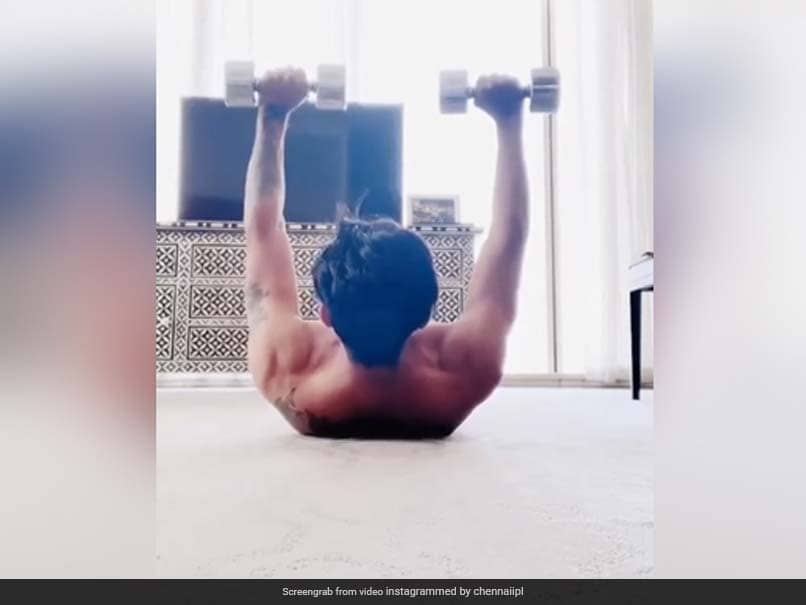 Ravindra Jadeja was seen doing some leg lifts while holding up dumbbells.© Instagram

Chennai Super Kings (CSK) all-rounder Ravindra Jadeja may be in quarantine in the United Arab Emirates ahead of the 13th edition of the Indian Premier League (IPL), but that has not stopped him from keeping up his fitness routine. CSK shared a video of Jadeja working out, with a Malayalam song playing in the background. "You know you're in Dubai when you work out to Mallu songs!" the Chennai-based franchise captioned the post, where the left-arm spinner is seen doing leg lifts while holding up a pair of dumbbells.

You know you're in Dubai when you work out to Mallu songs! @ravindra.jadeja #WhistlePodu

Ravindra Jadeja reached Dubai on Friday along with the likes of MS Dhoni and Suresh Raina ahead of this year's season of the IPL.

CSK had on Friday shared a set of photos of the players at the Chennai airport ahead of their departure as well as from their flight, where Jadeja can be seen sitting next to Shardul Thakur.

The cash-rich league is set to get underway on September 19, when CSK take on defending champions Mumbai Openers in the tournament opener.

Chennai Super Kings, with three titles to their name, are the second-most successful team in the 12-year history of the tournament.

This year's IPL was originally scheduled to begin on March 29, but the tournament was postponed indefinitely due to the coronavirus pandemic.

With the T20 World Cup postponed, a window opened up for the IPL. But with the number of COVID-19 cases on the rise in India, the Board of Control for Cricket in India (BCCI) opted to hold the tournament in the UAE, which had also partially hosted the tournament in 2014 due to general elections in India.