IPL 2020: David Warner "Not Too Sure" About Extent Of Bhuvneshwar Kumar's Injury

CSK vs SRH: Bhuvneshwar Kumar picked up an injury that left him unable to complete his over in the IPL 2020 clash against Chennai Super Kings. 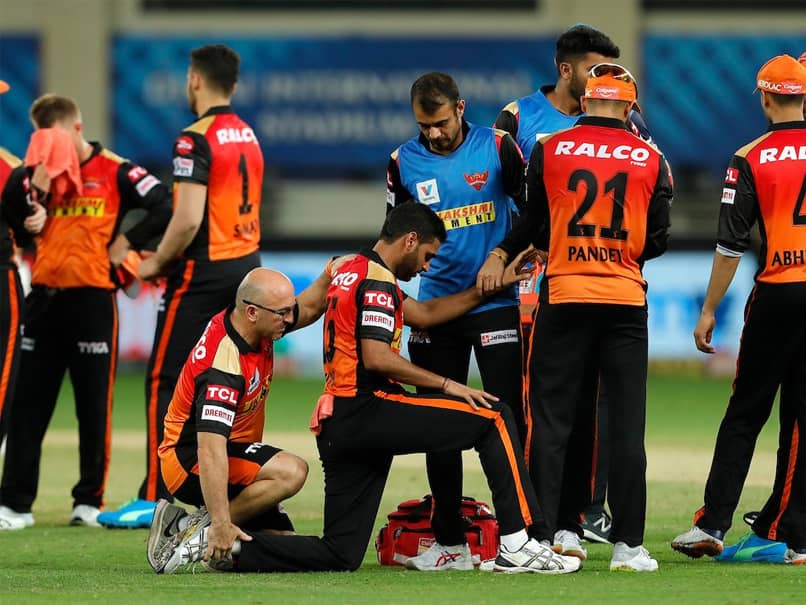 IPL 2020, CSK vs SRH: Bhuvneshwar Kumar limped off the field during the match against CSK.© BCCI/IPL

Sunrisers Hyderabad (SRH) might have won the game against Chennai Super Kings (CSK) at the Dubai International Cricket Stadium on Friday, but the team suffered a major blow as pace spearhead Bhuvneshwar Kumar suffered an injury and walked off the field in the 19th over. Speaking after the game, SunRisers Hyderabad skipper David Warner said that he didn't was "not too sure" about the extent of Bhuvneshwar Kumar's injury as he was on the field and will have to check with the physio.

"I am not too sure, have to speak to the physio, can answer this question when we have more information," Warner said in the post-match press conference.

Bhuvneshwar's injury in the left thigh didn't allow him to complete his over. The right-handed bowler tried to stretch his leg but aborted his run-up twice and limped off the field.

Khaleel Ahmed then had to bowl the remaining deliveries of the over and CSK scored 16 runs in the over, meaning the MS Dhoni-led team required 28 from the last six balls.

Abdul Samad bowled the 20th over and gave away 20 runs but it was not enough for CSK to get over the line as they suffered their third consecutive defeat in this IPL season.

SRH will next take on with Mumbai Indians on Sunday.

David Warner IPL 2020 Chennai Super Kings vs Sunrisers Hyderabad, Match 14 Cricket
Get the latest updates on IPL 2020, check out the IPL Schedule for 2020 and Indian Premier League (IPL) Cricket live score . Like us on Facebook or follow us on Twitter for more sports updates. You can also download the NDTV Cricket app for Android or iOS.