Chennai Super Kings CEO Kasi Viswanathan is confident that MS Dhoni, who has been part of the franchise since the inaugural edition, will continue to lead the side next year. 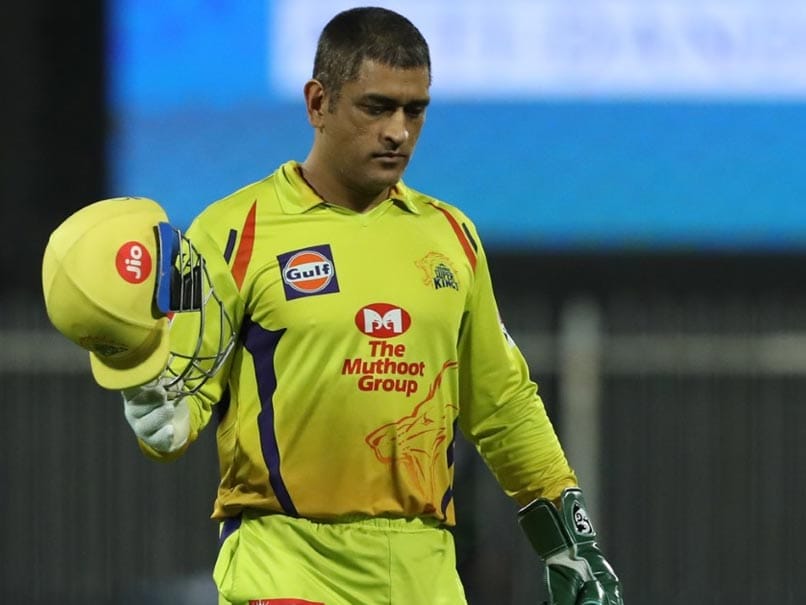 MS Dhoni's CSK have failed to qualify for the IPL Playoffs for the first time in history.© BCCI/IPL

MS Dhoni-led Chennai Super Kings have fared way below expectations in the ongoing Indian Premier League (IPL) 2020, which has seen them failing to qualify for the IPL Playoffs for the first time in history. Dhoni's side, which reached the final in the last edition, became the first side to be knocked out of this year's cash-rich league, being played in the UAE. The team which once harped about the importance of experienced players in the squad looked nowhere near their best, which raised questions on the amount of changes that will be made to the side before the next edition.

Amid all the uncertainty, Chennai Super Kings CEO Kasi Viswanathan is confident that MS Dhoni, who has been part of the franchise since the inaugural edition, will continue to lead the side next year. Speaking to Times of India, Viswanathan said that one bad year doesn't mean they need to make alarming changes to the squad. He pointed that they have been one of the most consistent sides for several years now, including winning three titles.

"Yes, definitely. I am very confident that Dhoni will lead CSK in 2021. He has won three titles for us in the IPL. This is the first year we have not qualified for the playoffs. No other team has done that. One bad year does not mean we will have to change everything," Viswanathan told Times of India.

However, he did expect that the second-most successful side in IPL didn't play to its full potential. Analysing the reason why they struggled, the CSK CEO said that they lost some close games which they could have gone either way.

He also accepted the that unavailability of senior players like Suresh Raina and Harbhajan Singh, along with a couple of positive Covid cases upset the team's rhythm even before the tournament had started.

"We didn't play to our potential this season. We lost games that we should have won. That pushed us back. The withdrawals of Suresh Raina and Harbhajan Singh coupled with Covid cases in the camp meant that the balance of the side was upset," Viswanathan added.

With just four wins from 12 games, CSK are languishing at the bottom of the IPL 2020 Points Table. With nothing to lose, CSK can spoil the party for Kolkata Knight Riders and Kings XI Punjab, who are still in contention for a top four finish.

MS Dhoni IPL 2020 Cricket
Get the latest updates on ICC T20 Worldcup 2022 and CWG 2022 check out the Schedule, Live Score and Medals Tally. Like us on Facebook or follow us on Twitter for more sports updates. You can also download the NDTV Cricket app for Android or iOS.