IPL 2020: Ben Stokes joining the team is a huge boost for the Rajasthan Royals, as they have lost two of the four games they have played so far. 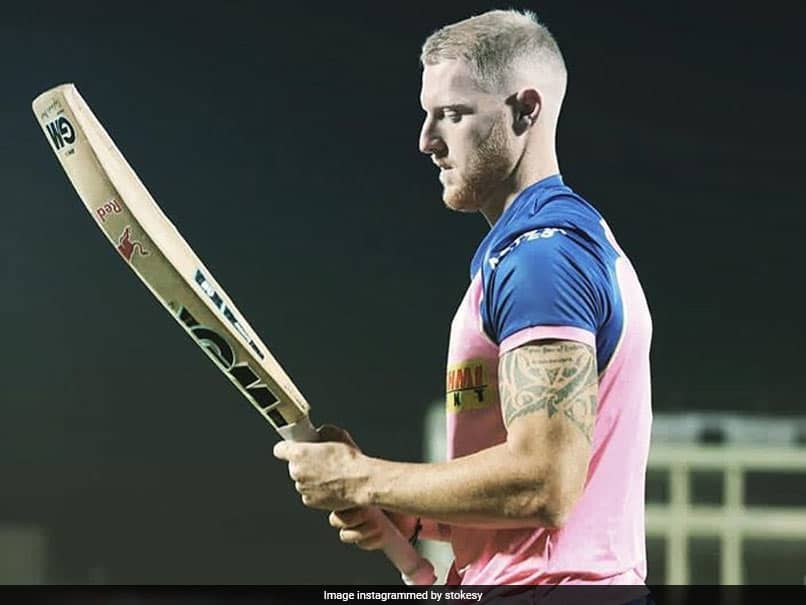 IPL 2020: Ben Stokes is considered one of the top all-rounders in the game.© Instagram

England and Rajasthan Royals all-rounder Ben Stokes has started his 6-day quarantine period and will undergo his first COVID test on Sunday. And if all goes as per plan, the star all-rounder should take the field for Royals' game against SunRisers Hyderabad in Dubai on October 11. Speaking to ANI, a Rajasthan Royals official said that having landed and gone into immediate isolation, Stokes will have his first round of test on Sunday and should be ready for action for the next weekend encounter against SRH.

"He has started his quarantine phase as soon as he reached the hotel. He will have his first test today and with the 6-day period ending the day we play against Delhi Capitals in Sharjah, we are looking at him playing against SRH. It will also help him get back into the groove as he has been off the field for some time," the official said.

Asked if he can squeeze into the game against Delhi Capitals on October 9, the official said: "His quarantine period ends that day. So, he comes out and joins the team the next day which is October 10."

Stokes joining the team is a huge boost for the Royals as they have lost two of the four games they have played so far, with their game against Royal Challengers Bangalore in Abu Dhabi ending in a defeat on Saturday.

In fact, the all-rounder is also a clever operator with the ball and can definitely add to skipper Steve Smith's arsenal when it comes to keeping things tight.

Commenting on the side's balance, Warne had also a few days back pointed that Stokes coming in would make this team one of the most well-balanced teams in the competition. "Hopefully, Stokes would play a part this year, he's a big loss and our thoughts are with him, but you know add Ben Stokes to the team that played the other night and it looks a very very good side," he had told ANI.

Stokes was a part of the series against Pakistan when he came to know of his father's ill-health and left for New Zealand. "Stokes will leave the UK later this week and travel to New Zealand. He will miss England's two Test matches against Pakistan at the Ageas Bowl on Thursday 13 August and Friday 21 August," the ECB had said in a press release on August 9.