"Who's That?": Fans In Disbelief As Jofra Archer Fails To Recognise Ben Stokes' Celebrity Crush

Ben Stokes and fans were left in a state of disbelief as Rajasthan Royals (RR) and England teammate Jofra Archer didn't know about his celebrity crush, who is also a famous actress and was a part of American sitcom Friends. 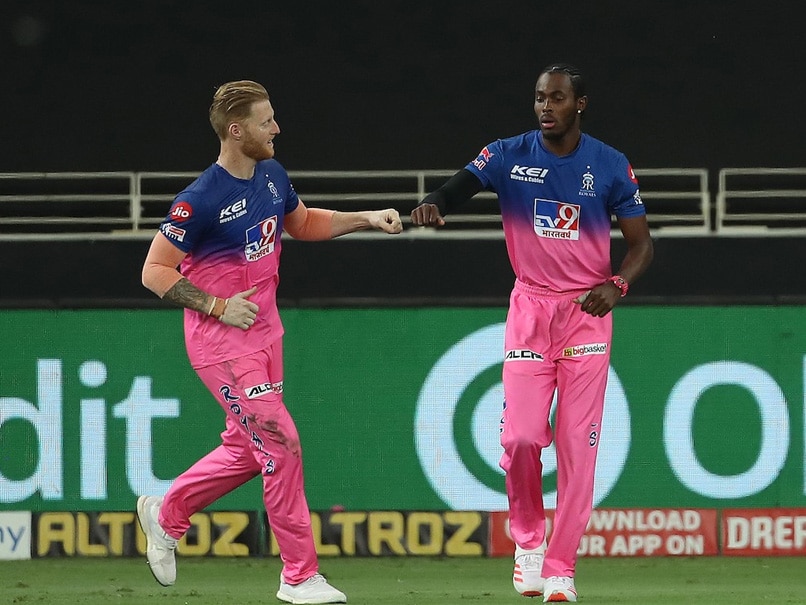 Rajasthan Royals' (RR) latest video on social media sent fans of popular American sitcom 'Friends', into a state of meltdown. Friends is one of the most popular TV shows of all time, and has won countless awards. RR recently crashed out of the Indian Premier League (IPL) 2020, after finishing bottom of the table in the league phase. In the video, Jofra Archer asks Ben Stokes about his celebrity crush, to which the English all-rounder replies, "Jennifer Aniston." What really surprised everyone was that the pacer didn't know who the actress was, as he states, "Who's that?"

It's not only the fans who have gone berserk since the video was uploaded, but even Stokes looked in a state of disbelief to Archer's reply. The 2019 World Cup winner blurts out, "WHATT!"

The video ends with a montage of shots from the series, with different characters from the show screaming in disbelief.

Even Netflix, who stream the series on their platform, replied to the video through their Indian Twitter account. "We'll still be there for you", Netflix India commented.

We'll still be there for you pic.twitter.com/3mFGYKVBjF

One fan wrote, "Living under a rock".

Living under a rock

Friends had a popular cast, consisting of Jennifer Aniston, Courteney Cox, Lisa Kudrow, Matt LeBlanc, Matthew Perry and David Schwimmer. Since the show got aired in 1994, Aniston garnered a lot of fame and went on to cement her place in Hollywood. Considered to be a heartthrob for fans across the world, she has appeared in movies like Bruce Almighty and Marly & Me.

So it comes as a surprise that Jofra didn't have any idea about her!

Ben Stokes IPL 2020 Cricket
Get the latest updates on ICC Women's Cricket World Cup 2022 and IPL 2022, check out the Schedule , Live Score and IPL Points Table. Like us on Facebook or follow us on Twitter for more sports updates. You can also download the NDTV Cricket app for Android or iOS.