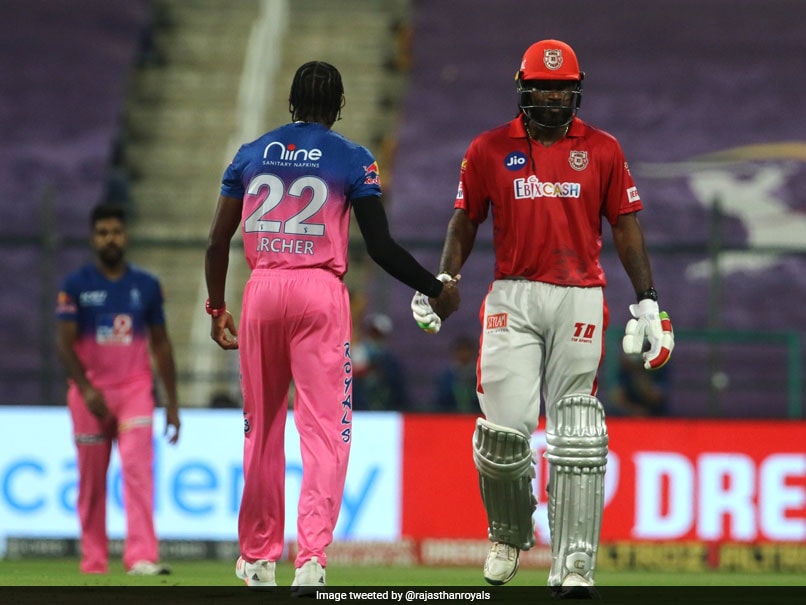 Chris Gaylemissed out on a century on Friday, falling to Rajasthan Royals fast-bowler Jofra Archerfor 99. After the match, one of Archer's old tweets started doing rounds on the internet -- which was co-incidentally apt for the incidents that happened on the field. during Friday's clash. The viral tweet was about Archer claiming that if he was bowling, he wouldn't let the batsman score a hundred and co-incidentally that is what happened on Friday as he denied Gayle a well-deserved century by rattling his stumps on 99. "I know if I was bowling I know he wasn't getting da 100," Archer had tweeted in February, 2013.

After missing out on his century by the narrowest possible margin, the Kings XI Punjabbatsman lost his cool and threw his bat in frustration, which even led to him being fined 10 percent of his match fee.

Archer's Twitter archive which seems to be having posts for every occasion had one for this incident as well.

Archer continued his impressive run in the IPL 2020 as he returned with figures of 2/26 from his four overs, thus taking his wickets tally to 19 from 13 matches this season.

He is fourth on the leading wicket-takers' list, behind Kagiso Rabada, Jasprit Bumrah and Mohammed Shami.

After restricting KXIP to 185/4, Rajasthan Royals chased down the total with 15 balls to spare and registered a comfortable seven-wicket win.

With this win, Rajasthan Royals have kept alive their playoff chances but they need to win their last league game and hope that other results also go in their favour.

Chris Gayle IPL 2020 Kings XI Punjab vs Rajasthan Royals, Match 50 Cricket
Get the latest updates on T20 World Cup, check out the T20 World Cup Schedule and Live Score . Like us on Facebook or follow us on Twitter for more sports updates. You can also download the NDTV Cricket app for Android or iOS.