Rohit Sharma, who has had to sit out the last three games for Mumbai Indians, was not named in any of the three squads for India's tour of Australia. 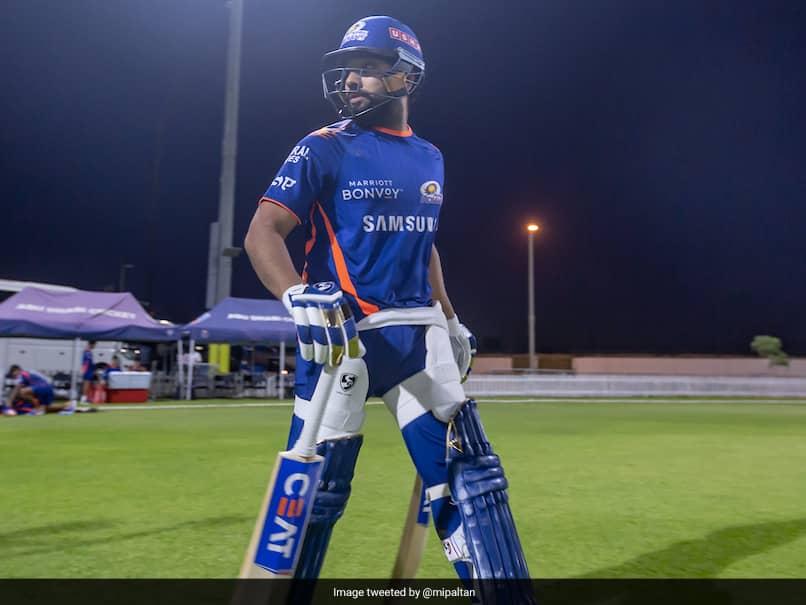 The BCCI medical team is set to assess Rohit Sharma on Sunday, as per an ANI report.© BCCI/IPL

Having raised quite a few eyebrows by ignoring Mumbai Indians skipper Rohit Sharma for the upcoming tour of Australia, citing a hamstring injury, the BCCI medical team is set to assess India's limited-overs deputy on Sunday to take a final call on whether or not he is fit enough to be a part of the series which gets underway on November 27. Speaking to ANI, a BCCI functionary in the know of developments confirmed that the Mumbai Indians skipper will be assessed on Sunday and the area of focus would be his acceleration and deceleration process.

"Rohit will be assessed tomorrow and a call will be taken after that on whether he is good to go. As is the case with hamstring injuries, the real challenge is the sprints and the acceleration and deceleration process will be the focus to understand if he has recovered fully or will need a little more time," the functionary said.

Asked to explain the nuances of the acceleration and deceleration test, the functionary said: "See, when you have a hamstring injury which isn't a Grade II tear, you wouldn't have a problem walking or playing normal shots. The area of concern is quick sprints or as you say running between the wickets.

"The hamstring muscles come into play when a person needs to suddenly run a quick single or needs to stop fast and turn at the non-striker's end for a double. While you accelerate at the beginning of the sprint, you decelerate when you need to stop and turn. This is when the focus is 100 per cent on the functionality of the hamstring muscles. So, if you have recovered completely, you wouldn't have an issue in either acceleration or deceleration."

Having injured his hamstring during the twin Super Over encounter against Kings XI Punjab on October 18, Rohit has had to sit out the last three games for Mumbai Indians.

While Mumbai won the game against Chennai Super Kings by 10 wickets at the Sharjah Cricket Stadium, they lost to Rajasthan Royals by eight wickets at the Sheikh Zayed Stadium in Abu Dhabi on October 25.

In the last game against Royal Challengers Bangalore in Abu Dhabi on Wednesday, Mumbai once again put on a brilliant show as they beat the Virat Kohli-led side by five wickets to seal their place in the playoffs.

The Indian team is set to leave for Australia directly from the UAE after the completion of IPL 2020 and that has seen the national team coaching staff, as well as Test specialists Cheteshwar Pujara and Hanuma Vihari, arrive in the country.

Australia Cricket Team IPL 2020 BCCI Cricket
Get the latest updates on IPL 2021, IPL Points Table , IPL Schedule 2021 , live score . Like us on Facebook or follow us on Twitter for more sports updates. You can also download the NDTV Cricket app for Android or iOS.