Australia And England Stars Set To Miss Start Of IPL 2020

Australia tour England from September 4 in a series that ends three days before the start of the Indian Premier league in the United Arab Emirates. 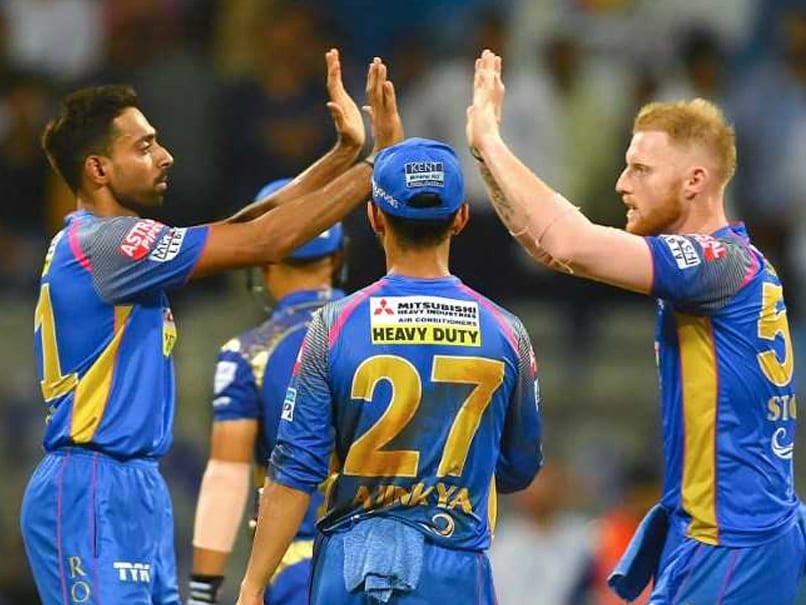 Rajasthan Royals will be without Steve Smith and Ben Stokes during the first week of IPL 2020.© AFP

Top cricketers including England's Ben Stokes and Australia fast bowler Pat Cummins risk missing the start of the Indian Premier League because of a series between their countries next month. Australia tour England from September 4 in a series that ends three days before the start of the world's richest Twenty20 league in the United Arab Emirates. The coronavirus pandemic pushed the tournament out of India but players will still have to undergo a week's isolation and testing before they can join their teams. Chennai Super Kings chief executive Kasi Viswanathan told AFP that quarantine rules will see a number of English and Australian players "will miss two or three games".

"Only after that they will be able to join the team and start training," he said.

Rajasthan Royals captain Steve Smith, Sunrisers Hyderabad skipper David Warner and Cummins of the Kolkata Knight Riders -- the most expensive foreign player for the 2020 season with a $2.17 million fee -- could also be caught by the international series.

Australia's senior assistant coach Andrew McDonald has already said he will not join the team in England so that he can be with IPL side Rajasthan Royals, where he is head coach.

"Part of our agreement with him that he would be able to continue as head coach of the Rajasthan Royals -- and we're really comfortable with that," said Ben Oliver of Cricket Australia.

The Royals appear to be most affected with England stars Stokes, Jofra Archer, Jos Buttler and Tom Curran in their team, along with Smith and fellow Australian Andrew Tye.

A total of 29 players from England and Australia are part of the eight IPL squads that are scheduled to start arriving in the UAE from next week.

But IPL rules, still to be ratified by the UAE government, involve testing players three times in the six days after arrival.

Many teams, including three-time champions Chennai, will also travel with their own set of net bowlers to maintain a bio-secure environment during the eight-week tournament.

The IPL is also expected to announce a new lead sponsor next week after Chinese phone maker Vivo withdrew in the wake of local fallout from a deadly border clash between India and China in June.

MS Dhoni IPL 2020 Cricket
Get the latest updates on IPL 2021, check out the IPL 2021 Schedule and Indian Premier League Live Score . Like us on Facebook or follow us on Twitter for more sports updates. You can also download the NDTV Cricket app for Android or iOS.