Dinesh Karthik, Andre Russell and Sunil Narine showcased their funny side to the audience as they pulled each other's legs throughout the episode. 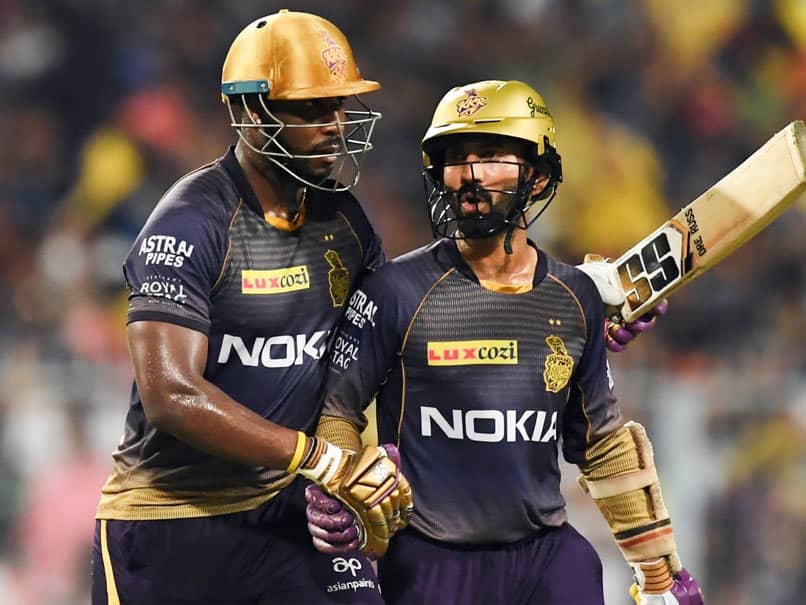 With the Indian Premier League (IPL) postponed indefinitely, cricketers who were to take part in the cash-rich league suddenly have plenty of free time on their hands. Many have embraced social media platforms like never before as they spend time interacting with their fans and fellow teammates. Using the opportunity, various IPL franchisees have started dedicated chat shows featuring their star players. Two-time champions Kolkata Knight Riders (KKR) also started a brand new show 'Totally Stumped By DK', hosted by their skipper Dinesh Karthik. The Kolkata-based franchise posted the first episode, featuring all-rounder Andre Russell and Sunil Narine. All three players showcased their funny side to the audience as they pulled each other's legs throughout the episode. It started when Russell decided to take a jibe at Karthik's fully-grown beard and commented: "DK what's wrong with your barber. Your barber dead?".

Hearing this, all three players couldn't stop their laughter and burst out laughing. When things calmed down a bit, Kathik tried to explain the current status of lockdown in the country where movement is allowed only for essential services.

However, Russell once again came up with a gem of a reply as he said: "You are not allowed to get like razor blades and stuff?".

However, he evened things out in the end by complimenting Karthik's new look. "I like your new look man," he said.

Narine, who was sitting quietly so far, also chipped in saying: "You should have this hairstyle for IPL".

After a while, turning the tides, Karthik pulls Russell's legs as he asks him why he wanted to buy a helicopter.

"You wanted to buy a helicopter. Is It?" Karthik asked.

"People want to buy car and you wanted to buy a helicopter," he added, which left Russell feeling ashamed.

Russell then tried to explain that he wishes to buy a flying car not a helicopter as it would help him beat the traffic by flying over it.

Narine was not too far behind as he tried to pull Russell's legs by reminding him how he took his wicket and led his side to victory on more than one occasions.

Sunil Narine IPL 2020 Cricket
Get the latest updates on India vs Australia Series, check out the India vs Australia Schedule for 2020-21 and Ind vs Aus live score . Like us on Facebook or follow us on Twitter for more sports updates. You can also download the NDTV Cricket app for Android or iOS.