Kolkata Knight Riders on Thursday signed up four domestic players, including two from Bengal for the upcoming IPL season five, starting on April 4. 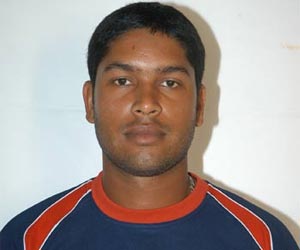 Kolkata Knight Riders on Thursday signed up four domestic players, including two from Bengal for the upcoming IPL season five, starting on April 4.

The 25-year-old Das, an aggressive middle-order batsman and a part time wicketkeeper, had represented the franchisee in the 2008 season also.

Saxena (27), who is a left-arm spinner, was an integral part of the Bengal side in all the three versions of the game this season and has also played an instrumental role in Bengal's triumph in the domestic T20 tournament for the Syed Mushtaq Ali Trophy last season.

Jani, a 22-year-old all-rounder, had a fruitful season for his state this year, averaging 119 with a strike rate of over 100.

The 17-year-old Samson has been a part of KKR's development plans for more than three years and promises to be a good wicketkeeper and a middle-order batsman.

"Das and Saxena grow our commitment and investment in our catchment area of Bengal, and we are really happy that they will get a chance to secure their places in our team.

Jani and Samson represent our investments towards the future, and we know that they have the talent and dedication to significantly contribute to our team one day," KKR CEO Venky Mysore said.

Comments
Topics mentioned in this article
Cricket Debabrata Das Iresh Saxena Indian Premier League 2012 Ajaysinhji D. Jadeja Shoaib Akhtar Kolkata Knight Riders
Get the latest updates on IPL Auction 2023 and check out  IPL 2023 and Live Cricket Score. Like us on Facebook or follow us on Twitter for more sports updates. You can also download the NDTV Cricket app for Android or iOS.