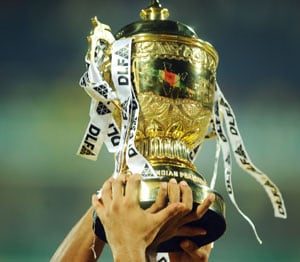 The Madras High Court on Friday, dismissed a petition seeking a direction to police to register an FIR on alleged obscene stage performances during the inaugural function of the fifth edition of Indian Premier League in Chennai in April, 2012.

Justice N Kirubakaran of the Madurai Bench of the Court said since FIR had already been filed, the petition had become infructuous and hence was dismissed.

The petitioner's counsel had contended that the inaugural function was uncensored and indecent and was repeatedly telecast by many TV channels, which ultimately affected students preparing for public examinations.

The counsel, appearing for Srinivasan and Rajeev Shukla, had said without conducting investigation the police have registered an FIR against them.

Lawyers for Bachchan and Sony TV said there were no obscene performances at the inaugural function and no wrong was committed in telecasting the function.

Counsel who appeared for Kareena Kapoor, Salman Khan and Priyanka Chopra pointed out that no cause of action had arisen against the celebrities.

Comments
Topics mentioned in this article
Indian Premier League 2012 Cricket Cricket
Get the latest updates on IPL Auction 2023 and check out  IPL 2023 and Live Cricket Score. Like us on Facebook or follow us on Twitter for more sports updates. You can also download the NDTV Cricket app for Android or iOS.