Pune Warriors have bought Ashok Dinda, the India fast bowler, and James Hopes, the Australia allrounder, from Delhi Daredevils. Both players were signed for two years, late on Sunday. 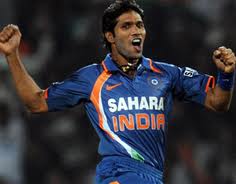 Pune Warriors have bought Ashok Dinda, the India fast bowler, and James Hopes, the Australia allrounder, from Delhi Daredevils. Both players were signed for two years, late on Sunday. Hopes is the second foreigner to be contracted by Warriors in the transfer window, after they beat Mumbai Indians in the race to sign Marlon Samuels of West Indies last week.

The teams did not disclose the amount of the deals, but it is understood that Daredevils have managed to recover the money they spent on buying Kevin Pietersen from Deccan Chargers.

Dinda, the second highest wicket-taker this Ranji Trophy season, was bought by Daredevils last year for $375,000. It is understood that Daredevils did not deliberate much before releasing him because they have several fast bowlers in the squad, including South Africa's Morne Morkel and the Indian trio of Umesh Yadav, Ajit Agarkar and Varun Aaron.

For Warriors, Dinda will be their only Indian right-arm fast bowler. Insiders say the idea behind Warriors buying Dinda was that he would be a certainty in the playing XI, and would complement the left-arm pace of Ashish Nehra.

During the auction on February 4, 2012, Daredevils had bid successfully for Andre Russell, the West Indies fast-bowling allrounder, and Doug Bracewell, the New Zealand quick. Those additions, and the presence of India allrounder Irfan Pathan in the squad, made Hopes' chances of playing in the Daredevils line-up weak, and the team management thought it was better to trade him rather than leave him warming the bench.

Warriors suffered a setback when allrounder Mitchell Marsh was diagnosed with a lower back injury, which ruled him out of the rest of the Australian season and the IPL. Hopes, whose workmanlike attitude has always impressed coaches and teams, could act as a replacement for Marsh.

Hopes' signing leaves Warriors two overseas players' spots to fill, but the franchise is not in a hurry even though there are only three days left before the trading window closes on February 29. It is understood that Warriors might like to observe some players during the ongoing MiWAY T20 Challenge in South Africa, which ends on March 30.

Comments
Topics mentioned in this article
Cricket James Hopes Indian Premier League 2012 Ashok Dinda Pune Warriors India
Get the latest updates on T20 World Cup, check out the T20 World Cup Schedule and Live Score . Like us on Facebook or follow us on Twitter for more sports updates. You can also download the NDTV Cricket app for Android or iOS.