Hours before a BCCI special meet to consider a disciplinary panel report on Lalit Modi for alleged financial irregularities in the cricket league, the ex-IPL Commissioner moved the Supreme Court for a stay of the meeting. 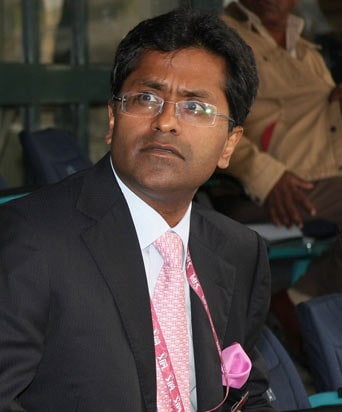 Lawyers of Lalit Modi have appealed to the Supreme Court to stay the BCCI special general meeting that is expected to expel the former IPL chairman for financial irregularities. The hearing is expected soon as the BCCI meeting is scheduled to start in Chennai at 2 pm.

The Delhi High Court on Tuesday, had vacated the stay order issued by a trial court barring the BCCI from holding its SGM in Chennai. It is learnt that the BCCI will go ahead with Wednesday's meeting but may not announce its decision.

Modi had previously challenged the validity of the SGM after he was issued a notice by BCCI secretary Sanjay Patel for alleged financial irregularities as IPL chairman between 2008 and 2010. (Also read: Won't let Srinivasan ruin Indian cricket, says Lalit Modi)

A disciplinary committee comprising of Arun Jaitley, Jyotiraditya Schindia and former IPL chairman Chirayu Amin had said that Lalit Modi was guilty of running the affairs of IPL single-handedly between 2008 and 2010 and that he even tried to form a rebel league. Modi was also found guilty of alleged bid rigging by adding unreasonable clauses in the tender draft to buy two new teams to favour two companies. He apparently hid the clauses from the IPL Governing Council.

The charges were submitted to BCCI members in a 133-page report which is expected to be studied during the AGM on Sunday.

Comments
Topics mentioned in this article
Cricket Sourav Ganguly Indian Premier League 2012 Lalit Modi BCCI
Get the latest updates on India vs England Series, India vs England , live score and IPL 2021 Auction . Like us on Facebook or follow us on Twitter for more sports updates. You can also download the NDTV Cricket app for Android or iOS.