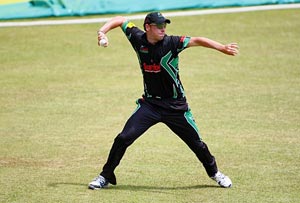 "It is rather unfortunate that two of our players Stuart Broad and R Satish have been ruled out of IPL 2012 due to unfortunate and untimely injuries," said Col. Arvinder Singh, COO, Kings XI Punjab.

"We hope that they both recover soon and we can see them in action again very soon. We welcome Benjamin Cutting from Australia and Kyle Abbott from South Africa in to our squad for this season."

"I am excited about Kyle and Ben being a part of our squad. Both these seamers are young and talented and have the right spirit to lead the team to great heights. I am very confident about the teams performance and looking forward to a great tournament ahead," said Joseph Henry Dawes, Bowling Coach, Kings XI Punjab.