Rest of India notched up a comprehensive innings and 75 runs victory over Ranji Trophy champion Rajasthan on the fourth day of the Irani Cup match here on Monday. 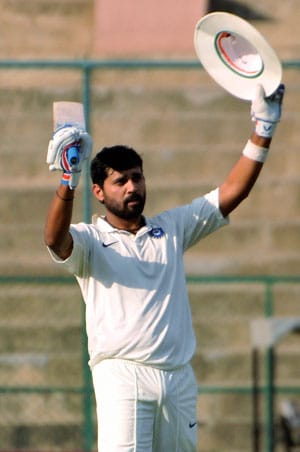 Rest of India notched up a comprehensive innings and 75 runs victory over Ranji Trophy champion Rajasthan on the fourth day of the Irani Cup match here on Monday.

With a deficit of 311 runs against ROI who had declared their first innings at 607 for seven, Rajasthan resumed on 43 for one.

After Vinnet Saxena was unfortunately run out for 18, Hrishikesh Kanitkar and Robin Bist batted out of their skin to put up some resistance in the first session at the Chinnaswamy Stadium.

Kanitkar starred in a 66-run second-wicket partnership with Saxena and then added another 95 runs with Bist for the third wicket.

Three run outs in their second innings hurt Rajasthan badly even as ROI bowlers struggled to get wickets early on the final morning.

Saxena, Kanitkar and Dishant Yagnik were the batsmen to have got run out.

Barring Kanitkar's 73 of 151 balls, innings that was laced with ten hits to the fence, none of the batsmen could capitalise on the starts to make substantial scores.

The three run outs in their second innings meant Rajasthan had lost the plot. It would have been asking for too much for the later batsmen to resurrect the innings. Deepak Chahar was stumped by keeper Karthik off Pragyan Ojha for nine. Soon Rashmi Ranjan Parida left the scene, after being caught by Karthik off Harmeet Singh for 31 off 64 deliveries.

Gajendra Singh and Aniket Choudhary were quickly packed off by Singh for naught and 17 respectively.

Madhur Khatri was the last man to get out for 12 that came off 66 balls.

The bowling honours for the day were shared by Harmeet and Ojha, who had figures of four for 45 and two for 33 respectively.

Pacer Ishant Sharma picked up one for 38.

Earlier, opener Murali Vijay struck a magnificent double century as Rest of India stretched their lead to a mammoth 354 runs on the third day on Sunday.