IPL 2018: Total Chaos As Mohammad Siraj Survives A Run-Out Despite Falling On The Pitch

Mohammad Siraj was almost half-way down the pitch when he slipped and fell flat on the wicket. 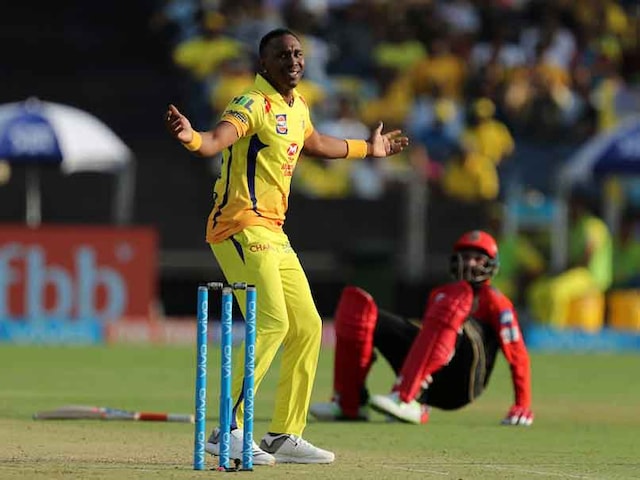 Chennai Super Kings (CSK) earned an easy victory against Royal Challengers Bangalore (RCB) in the Indian Premier League match on Saturday. But despite being on top, CSK skipper MS Dhoni has been critical of his team's fielding and bowling off-late. One such incident was seen in Saturday's match in the 20th over of the RCB's innings when South African fast bowler Lungi Ngidi, standing at short fine-leg, missed an easy run-out. Mohammad Siraj was almost half-way down the pitch when he slipped and fell flat on the wicket. Ngidi threw at the right end but his throw went over the bowler as Siraj got enough time to get back to the crease.

CSK made a heavy weather of a small total before captain Mahendra Singh Dhoni did his famous finishing act to beat RCB by six wickets with two overs to spare and climb to the top of the Indian Premier League (IPL) table.

RCB, on the other hand, are virtually out of the race for the play-offs. They are currently on six points and have to win all their five remaining matches, which is a big ask for the off-colour unit.

CSK are sitting pretty with 14 points from 10 matches. They have won seven of those matches while losing three.

The Chennai team, which has a reputed batting line-up, were expected to acomplish the job quite easily. But the team put themselves under pressure in the slog overs before skipper Dhoni smashed three sixes off RCB's star spinner Yuzvendra Chahal to take his side across the line in the 18th over.