IPL 2018, Surprise Packages: Five Players Who Forced Everyone To Sit Up And Take Note

The Indian Premier League (IPL) throws up some unlikely heroes every year and 2018 is no different. 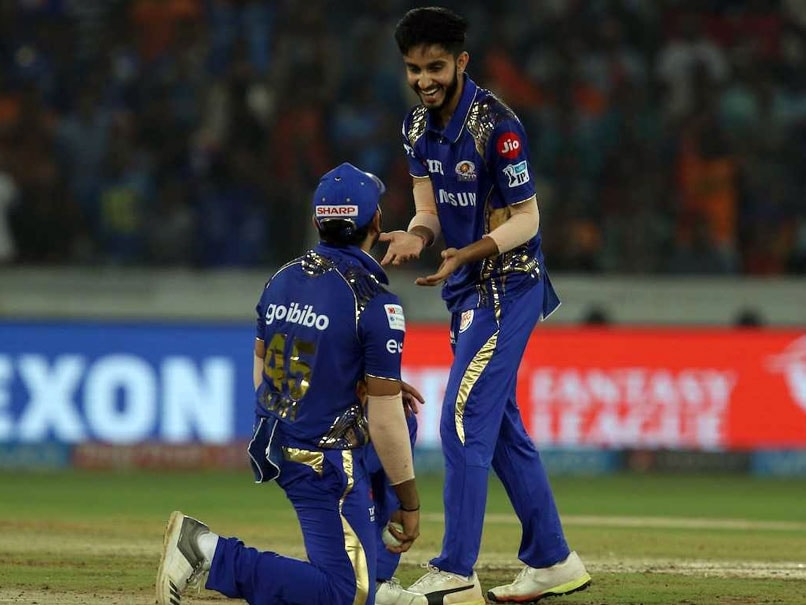 Mayank Markande of Mumbai Indians has been the find of IPL 2018.© BCCI

The Indian Premier League (IPL) Season 11 has reached its half-way mark and we have already witnessed some eye-catching performances. Star players like Virat Kohli, MS Dhoni and AB de Villiers have lived up to expectations so far. However, there are a few players have given their franchises value for their money. From Mumbai Indians rookie spinner Mayank Markande to Afghanistan teenager Mujeeb ur Rahman, this season has seen a plethora of players who have stood out for their teams with their impressive performances. Here's a look at the few surprises of the IPL 2018 so far:

The Punjab leg-spinner has been the find of IPL 2018. Playing for Mumbai Indians, Markande has bowled well in all games after making a fantastic debut against Chennai Super Kings picking three wickets, which included the prized scalp of Mahendra Singh Dhoni. The 20-year-old has played 8 matches in the tournament so far and picked 11 wickets at an economy rate of 7.73. Markande, who was bought at his base price of Rs. 20 lakh, currently sits third in the most wickets list in the ongoing tournament.

The Mumbai batsman was bought for Rs. 3.20 crore at the 2018 IPL Player Auction. With 283 runs in 8 matches at an average of 35.37, Suryakumar is Mumbai Indians' highest run-getter this season. He has scored two half-centuries in the tournament so far. The middle-order batsman was promoted up the order against Rajasthan Royals and the 27-year-old grabbed the opportunity with both hands. Opening the innings, Suryakumar scored a brilliant 72 off 47 balls and stitched a magnificent 129-run stand with Ishan Kishan for the second wicket.

Rayudu is on a roll at the moment. He was snapped up for Rs. 2.20 crore and the batsman has given his franchise full value for money. With 370 runs at an average of 46.25 under his belt, the right-hander is second highest run-getter in the IPL 2018 list. He scored 79 runs to guide CSK to four-run win against SunRisers Hyderabad and continued his sublime form with another match-winning effort with 82 runs against Royal Challengers Bangalore.

Pacer Kaul was bought for Rs. 3.80 cr in this year's IPL auction. In contrast to the star seamers Jasprit Bumrah, Andrew Tye, Bhuvneshwar Kumar and Mustafizur Rahman, Kaul has hogged most of the limelight in the tournament. The 27-year-old has been in fine form this season, scalping 11 wickets from 8 games at an economy of 6.87. He claimed three wickets in Hyderabad's 31-run win over Mumbai Indians. He is currently fourth in the most wickets chart in the cash-rich league.

From playing cricket in war-torn Afghanistan to bagging a lucrative Indian Premier League deal, the journey has been something of a fairy-tale for the Afghanistan cricketers. After Rashid Khan and Mohammad Nabi, spinner Mujeeb Zadran, also known as Mujeeb U Rahman, became the third cricketer from the country to impress the auctioneers. Zadran fetched a hefty pay-check of Rs 4 crore from Kings XI Punjab. The spinner has claimed 7 wickets in 7 matches at an economy of 6.51 in the tournament so far. His best figures have come against Delhi Daredevils. He has played two matches against Delhi outfit and claimed four wickets (2/28 and 2/25). On both occasions, Mujeeb has made Rishabh Pant a victim.

Comments
Topics mentioned in this article
Mayank Markande Mujeeb Ur Rahman Suryakumar Yadav Siddarth Kaul Ambati Rayudu Indian Premier League 2018 Cricket
Get the latest updates on ICC T20 Worldcup 2022 and CWG 2022 check out the Schedule, Live Score and Medals Tally. Like us on Facebook or follow us on Twitter for more sports updates. You can also download the NDTV Cricket app for Android or iOS.