IPL 2018: Mumbai Indians Come Up With Funny 'Punishment' For Players

Mumbai Indians is finding ways to ensure that players do their gymming stints regularly. 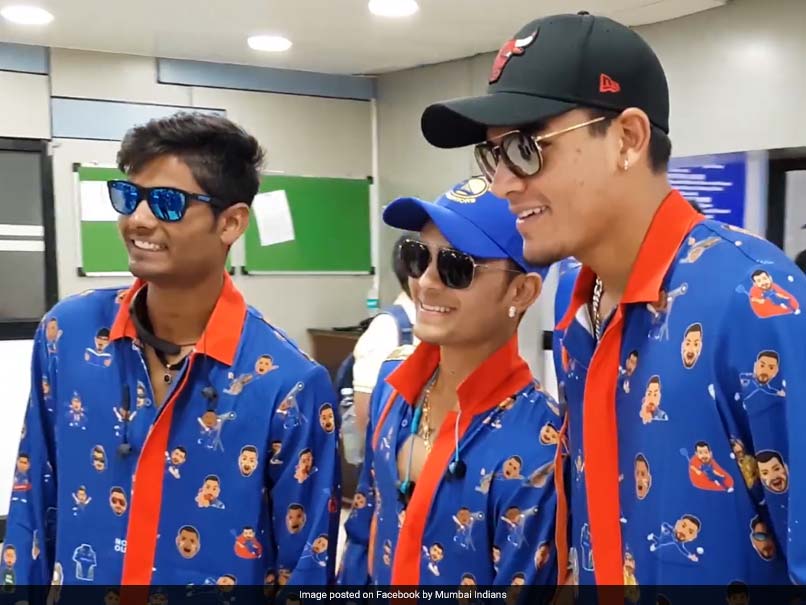 Indian Premier League team Mumbai Indians has opted for a novel way of maintaining discipline in the team. They have taken this step for the players who don't follow schedules of regular gym sessions. These players will be asked to wear emoji kits. The kit is a blue jumpsuit which has emojis of all the players printed on it. Mumbai Indians wicket-keeper batsmanIshan Kishan, Anukul Roy and Rahul Chahar became the first victims of this funny punishment. The trio missed the gym session and were made to wear emoji kits.

Mumbai Indians uploaded a video on their Facebook page and wrote: "Look who travelled in Emoji kits this time around?"

"I was told about it two days earlier, but I completely forgot. So, I missed my gym session," Ishan Kishan said.

"I'm feeling quite awkward, but still.....That's why I haven't taken off my sunglasses inside the airport. I don't want to make eye contact with anyone. I won't make this mistake again. I will make sure of that," he added.

"It's a punishment for reaching late," said Roy.

"Whoever is late will have to wear this special kit. I was late to the physio room. In fact, I never reached. That's why I have been punished. On the last, we were told to wear jeans, but I wore my tracks. When it comes to punctuality, I am always 10 minutes early," Chahar said.

Rohit Sharma-led Mumbai Indians are second from bottom in the eight-team ladder with four points from eight matches.

Comments
Topics mentioned in this article
Mumbai Indians Ishan Kishan Rahul Chahar Anukul Roy Indian Premier League 2018 Cricket
Get the latest updates on ICC Women's Cricket World Cup 2022 and IPL 2022, check out the Schedule , Live Score and IPL Points Table. Like us on Facebook or follow us on Twitter for more sports updates. You can also download the NDTV Cricket app for Android or iOS.