Piyush Chawla feels chinaman Kuldeep Yadav will be under more pressure to perform this IPL season with KKR. 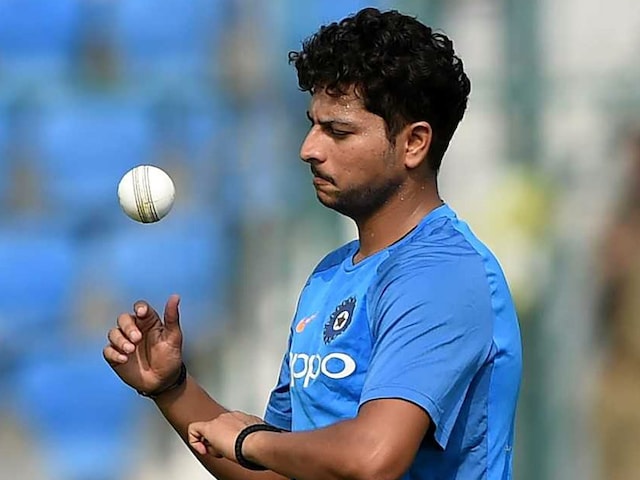 State-mate Piyush Chawla feels chinaman Kuldeep Yadav will be under more pressure to perform this Indian Premier League (IPL) season for Kolkata Knight Riders (KKR) after his recent exploits at the international level. One of India's wrist-spin assets in limited overs cricket and even Tests going ahead, Kuldeep underlined his potential in South Africa recently by taking the most number of wickets in the ODI series -- 17 from six matches. "He is bowling really well. There will be added pressure on him. Last year there was not much pressure on him as he was still raw, now there will be lot of expectations from him," Chawla told reporters on the sidelines of 'Game Plan In Your City' event.

Chawla, who was part of India's 2011 World Cup winning squad, has played a lot of first-class cricket with Kuldeep for Uttar Pradesh. Time and again, the 23-year-old Kuldeep has thanked Chawla for helping him develop the art of wrist-spin. "The kind of bowler he is, he will definitely do well. He has been bowling so well for India and for the state as well," Chawla, 29, said.

Talking about two-time champions KKR where Chawla has spent a considerable amount of time now, he was asked about Narine's effectiveness having dipped since his bowling action was under scrutiny time and again.

"When I joined KKR, Sunil was taking wickets and our combination worked really well," Chawla said.

"The best thing is the way he came back after that (reported suspect action). The effectiveness is the same. It's just that the team has started playing him a bit on the safer side.

"When they play you on the safer side, it becomes a bit tough for the bowlers to pick up wickets. But at the same time, it is an opportunity for us to take wickets as batsmen take chances against us. So me or Kuldeep, we get chance to pick up wickets," Chawla explained.

Narine was recently reported for suspect action once again during the ongoing Pakistan Super League. The West Indian mystery spinner who is playing Lahore Qalandars, was placed on the warning list but could continue to take part in the event being held in the United Arab Emirates.

Chawla said KKR have a 'deep' bowling attack this time and all the bowlers are wicket takers which is key in the shortest format of the game.

"Our bowling line-up is pretty deep. If you see the bowling line up, all the bowlers are wicket takers. That's the main thing in this shorter format. If you have to contain any team, you have to pick up wickets," he said.

On new skipper Dinesh Karthik, Chawla though he did not play much under him, his recent form should help him lead the men in purple as well.

"I have not played much under him, I think one game or so that too in a league so that is different. IPL is different. He is one of the experienced campaigners and right now the way he is playing, that confidence will definitely help him to lead the side as well," Chawla said.

"The way he bats is different. He walks in with a lot of confidence and is one to watch out for."

Meanwhile, Ishank Jaggi, who helped KKR enter the Qualifier 2 by stitching a 36-run stand with then skipper Gautam Gambhir last year in a rain-affected tie in Bengaluru, said that innings gave him a lot of confidence going ahead.

"That innings gave me a lot of confidence to step up in the IPL," he said.

KKR begin their campaign against Royal Challengers Bangalore (RCB) at the Eden Gardens on April 8.

Comments
Topics mentioned in this article
Indian Premier League 2018 Kuldeep Yadav Piyush Chawla Kolkata Knight Riders Cricket
Get the latest Cricket news, check out the India cricket schedule, Cricket live score . Like us on Facebook or follow us on Twitter for more sports updates. You can also download the NDTV Cricket app for Android or iOS.