After CSK claimed their 3rd IPL title, MS Dhoni said that age was just a number and fitness of a player mattered a lot more. 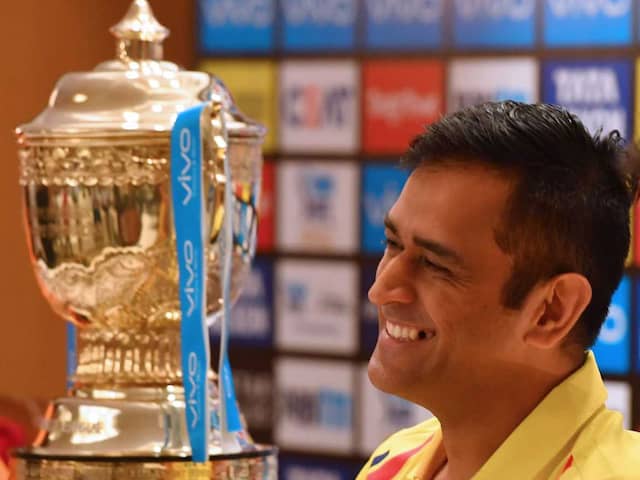 MS Dhoni was all praise for his team's batting effort in the IPL 2018 CSK vs SRH final.© AFP

A lot of talk at the beginning of IPL 2018 was focused around Chennai Super Kings' decision to bank on experienced, older players in the IPL auction. Many thought MS Dhoni's team were too old to do anything of note but the men in yellow proved that age is just a number by beating SunRisers Hyderabad by eight wickets in the IPL 2018 final to clinch their third IPL title. Shane Watson, 36, was the hero for CSK in the final with his unbeaten 117 off 57 balls blowing away the much-talked about SRH bowling line-up.

Following the win, MS Dhoni said that age was just a number and fitness of a player mattered a lot more than how old he is.

"We talked a lot about age, but what's more important is the fitness. (Ambati) Rayudu, at 33, it doesn't really matter. That's what more matters more than age. If you ask most captains, they want players who move well on the field. Doesn't matter if you're 19-20 years old. We knew our shortcomings, and we were aware of it. If Watson tries to dive, he may injure his hamstring, so we don't want him to do that. We've been aware of these things. Age is just a number, but you have to be very fit," Dhoni said in after CSK's 8-wicket win.

CSK's chase got off to a slugglish start with Watson taking 10 balls to get off the mark and Faf du Plessis dismissed for 10 in the fourth over. However, CSK's run-rate improved drastically as the match progressed with Watson finding boundaries at will.

Dhoni said that his team needed to be wary of not just Rashid Khan, who returned wicketless, but also pacer Bhuvneshwar Kumar. The CSK captain said that it was a great batting effort from his team and he knew that they had enough firepower in the middle overs even if they fell behind the asking rate.

"When you're fielding, you have to adjust your plans, but other than that, our batsmen know their style. And if someone is finding it difficult, you know the incoming batsman won't have it easy as well. You have to keep in mind that Bhuvi is as deceptive as Rashid, so it's not only one bowler in their side that could've put pressure on us. So, I feel it's a really good batting effort. But we always had the belief that we had the firepower in the middle overs," said the former India captain.

"Every win is special, so difficult to pick any one win. Lot of people talk about numbers, statistics, so tonight's 27th, my jersey number is 7, and this was our seventh final," added Dhoni.

This was CSK's third IPL title and came rather easily against SRH -- a team that finished top of the standings after the league stage.

Owing to his whirlwind ton at the Wankhede, Watson became the second player after Wriddhiman Saha to score a century in an IPL final. Saha, playing for Kings XI Punjab, had achieved the feat against Kolkata Knight Riders in the IPL final in 2014.

Comments
Topics mentioned in this article
Chennai Super Kings Sunrisers Hyderabad MS Dhoni Shane Watson Indian Premier League 2018 Cricket
Get the latest Cricket news, check out the India cricket schedule, Cricket live score . Like us on Facebook or follow us on Twitter for more sports updates. You can also download the NDTV Cricket app for Android or iOS.