IPL 2018: Stephen Fleming Says Moving Out Of Chennai Made CSK Change Their Game

"Moving out of Chennai was a difficult decision. We knew the conditions of Pune. We had to change the way we had to play the game," Fleming said. 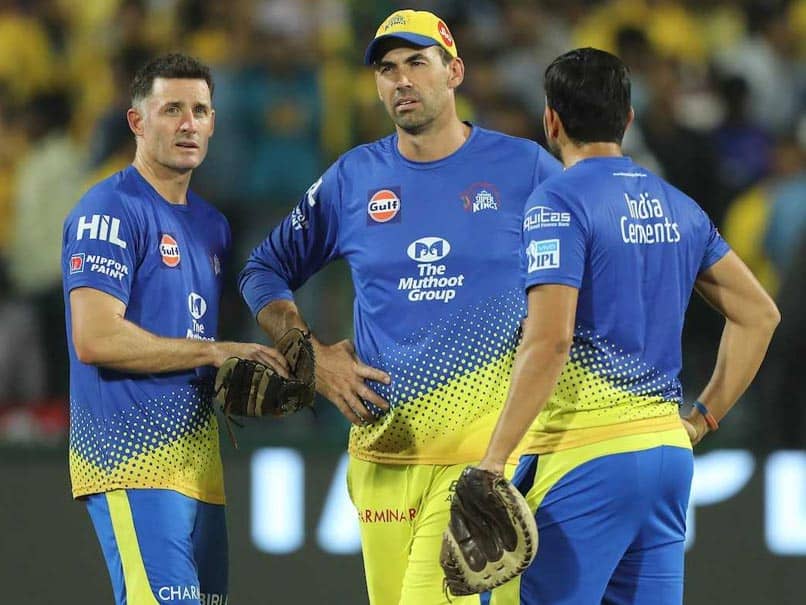 Stephen Fleming said that it wasn't easy for the team to relocate out of Chennai.© AFP

IPL 2018 champions Chennai Super Kings (CSK) had to shift their home matches from Chennai to Pune due to Cauvery river water dispute. CSK coach Stephen Fleming on Monday said that it wasn't easy for the team to relocate out of Chennai. Explaining the concern, Fleming said, "Most of the plans were to build a team according to Chennai's conditions but those things weren't in our control. Moving out of Chennai was a difficult decision. We knew the conditions of Pune. We had to change the way we had to play the game," Fleming said.

CSK could only play one match in Chennai before BCCI shifted the CSK's remaining home games to Pune citing security concerns.

"We knew the conditions in Chennai. The experience enabled us to do that. It was a big change but we had to get on with it," Fleming remarked.

Earlier, CSK received a rousing welcome on returning back to Chennai after Shane Watson's whirlwind century enabled his team beat SRH by eight wickets in the IPL 2018 final.

Praising Watson, Fleming said: "We loved what Watson had done in the past and our discussion was of his future. We wanted him in a different way."

"Opening the batting and bowling a few overs. He's incredibly professional. He looked after himself and managed well," the coach added.

Watson, who hit 11 boundaries and six sixes during his innings, had credited Fleming and captain MS Dhoni for his form.

"Throughout the back end of the tournament I was hanging on for dear life, Stephen Fleming and MS Dhoni have been looking after me really well and I am really glad to contribute like I did tonight," Watson had said after his match-winning century.

Comments
Topics mentioned in this article
Chennai Super Kings Stephen Fleming Indian Premier League 2018 Cricket
Get the latest updates on India vs Australia Series, check out the India vs Australia Schedule for 2020-21 and Ind vs Aus live score . Like us on Facebook or follow us on Twitter for more sports updates. You can also download the NDTV Cricket app for Android or iOS.