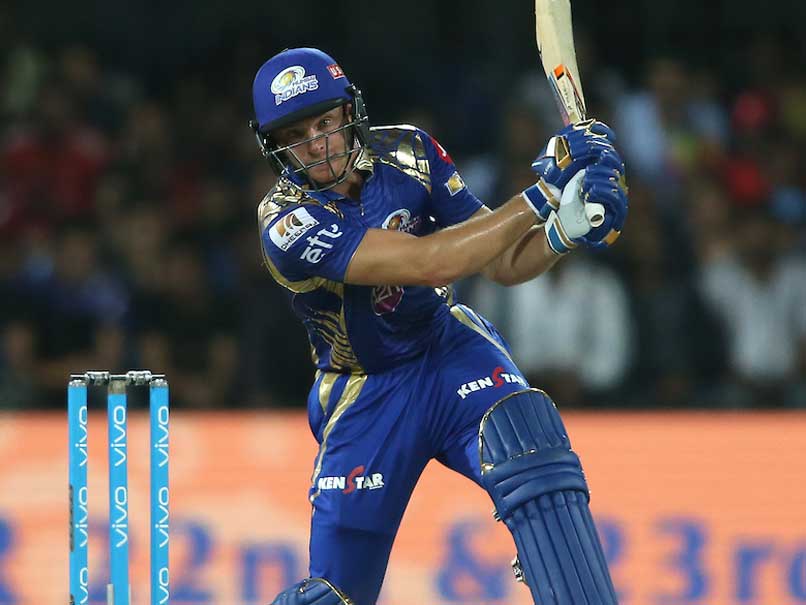 Mumbai Indians (MI) thumped Kings XI Punjab (KXIP) by 8 wickets in chase of 199 in the 22nd match of Indian Premier League (IPL) on Thursday. Parthiv Patel and Jos Buttler's fiery start suggested that Mumbai Indians had come to the field with their hunting mode on. Not letting the Punjab bowlers settle a bit, Parthiv and Buttler went berserk from the very first ball and kept the required run rate in check. Though Parthiv fell for 37, Buttler kept on hitting the ball cleanly for Mumbai. Adding salt to the wounds, Nitish Rana, too, smashed a 34-ball 62 not-out to help Mumbai overhaul the competitive target rather easily. Bringing up his half century, Nitish Rana reclaimed his orange cap as Mumbai sit atop of the IPL points table with 10 points. With five consecutive wins, Mumbai is riding high on confidence as, it seems, they are on a rampaging mode. Tough luck for KXIP and Hashim Amla  who helped Punjab to put a good total on the board. Courtesy of Rana and Buttler, Holkar stadium saw a brilliant display of fireworks. After their fourth consecutive loss, KXIP stand fifth on the table with four points. Jos Buttler was adjudged the Man of the Match.

When and Where to watch: Kings XI Punjab (KXIP) vs Mumbai Indians (MI)

(KXIP) Vs (MI) is scheduled for a 8 pm IST (2.30 pm GMT) start. Live Streaming and TV information for the match can be found below.