IPL 2017, KXIP vs RCB Preview: Punjab And Bengaluru Face Off In Search Of Second Win

Kings XI Punjab started off well by winning their first match against Rising Pune Supergiant. RCB will look to earn their second win after beating Delhi Daredevils in a thriller. 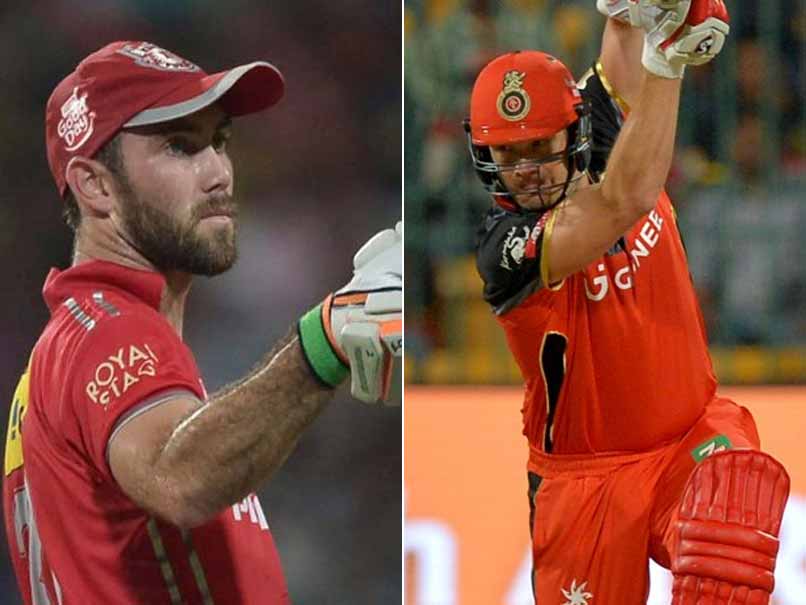 Glenn Maxwell and Co. will take on RCB in Indore© AFP

Kings XI Punjabare in a much better frame of mind in IPL 10 than they were at the end of the 9th edition. With rock bottom placements in the last two tournaments, they were in a lot of strife. Royal Challengers Bangalore, on the other hand, began badly with a loss, but have recovered to put points on the board. The two Australian captains - Glenn Maxwell of KXIP and Shane Watson of RCB - would be keen to emerge winners at the Holkar Cricket Stadium on Monday.

RCB would probably have been tempted to field Virat Kohli for Monday's match, had they lost both their matches. But having managed to stop Delhi Daredevils in their second match in Bengaluru, they would likely wait and ensure that their skipper is well and truly fit before they field him.

KXIP, on the other hand, would be perfectly happy now, since almost all their batsmen did get a feel of match practice and skipper Maxwell and David Miller really set the pace against Rising Pune Supergiant.

Even their medium-pacer duo of Sandeep Sharma and Mohit Sharma were on the money, managing to control the rampant RPS batting.

Maxwell has got past Steve Smith, and now will be keen to beat Watson as well in the battle of Australian captains.

While all sides make changes almost every match, teams normally do not change winning combinations. It would be surprising if there are any big changes, unless the RCB big guns are ready for actions.