Harbhajan Singh was recalled to the national team for the tour to Bangladesh. This will be his first international series in over two years with many seeing it as a reward for good performance in the ongoing Indian Premier League. 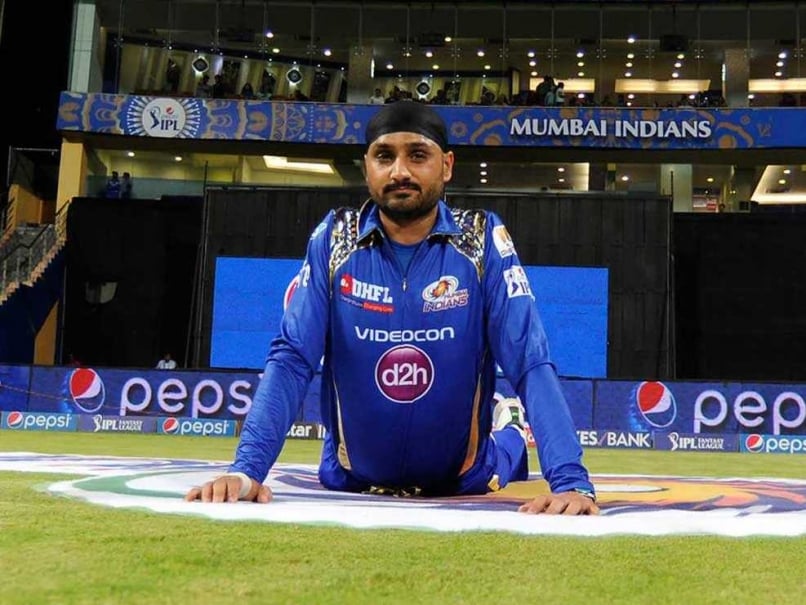 Harbhajan Singh has been a crucial part of Mumbai Indians' bowling attack.© BCCI

Not a stranger to donning multiple hats outside the cricket field, (Harbhajan is an inspector in Punjab Police, acted in a Punjabi film, lent his voice in a music video, owns a film production company and walked the ramp as a seasoned model) yet, the launch of his apparel company was perhaps the first sign that the 32 year old was thinking of life beyond cricket.

Unsurprisingly, Bhajji Sports's first major client would be the Punjab Ranji team. Surprisingly, for a businessman who dressed his clients well, Harbhajan Singh-the captain-would fail to provide cover to his state side in the nation's premier domestic competition, playing just six out of the ten games for Punjab that season. Next season would be no different. The cricketer turned businessman played a total of three Ranji games in 2014-15.

His limited appearances in domestic cricket's long format notwithstanding, the 34 year old finds himself in the Indian test squad. "Harbhajan wasn't picked on emotions", is how the chairman of selectors Sandeep Patil justified the off-spinner's inclusion in the team for Bangladesh. Fair to assume the off-spinner was picked in the Indian test team based on his good performances? Good performance in the IPL to be precise, since he hadn't played much cricket otherwise?

But it wouldn't be fair to blame the player for the largess shown by the selectors.

Harbhajan's case is not an aberration, but a norm in Indian cricket, where the five wise men have picked a player for tests based on his good showing in the IPL. Take the spinners in the Indian test squad as an example: With the exception of R Ashwin, who has been an integral part of the Indian test squad and hence hasn't featured in many 4/5 day games at the domestic level, both Aksar Patel and Karn Sharma didn't really set the Ranji stage on fire in the season leading up to their test selection. 2012-13 saw Patel play just one Ranji game for Gujarat; in 2013-14 he played seven, failing to make the list of top 20 wicket-takers. Sharma played just 3 games for Railways in 2012-13 and despite playing eight matches in 2013-14 the leg-spinner finished outside the top 50 wicket-takers that season. Irrespective, the two were picked in the Indian test squad in the winter of 2014. Coincidentally, both had outstanding seasons for Kings XI Punjab and Sunrisers Hyderabad in IPL the same year. Â

It's no surprise that Indian cricket today is littered with examples of cricketers playing fewer and fewer Ranji games, citing injury concerns. Yet, somehow, none of them seem to miss a single IPL game the same season.

Prophetically, the creators of IPL had announced that the league's main purpose was to nurture young talent. It's done that indeed. One only wishes that the same soothsayers and also foreseen the decaying of domestic cricket in the country; may have saved a youngster, who dreams of breaking into the Indian test ranks, the trouble of sweating it out for four days, in godforsaken venues, in front of empty seats. He may as well have saved his best for the IPL.

Comments
Topics mentioned in this article
Mumbai Indians India Cricket Team Bangladesh Cricket Team Harbhajan Singh IPL 8 Cricket
Get the latest updates on IPL Auction 2023 and check out  IPL 2023 and Live Cricket Score. Like us on Facebook or follow us on Twitter for more sports updates. You can also download the NDTV Cricket app for Android or iOS.