A Look at How 'I' in IPL Fared This Season

IPL throws up its fair share of talents each year - both rookies as well as seasoned campaigners on a second lease of cricketing life. These are the men who shone - and those who flopped - in the ongoing edition.

Since the inception of Indian Premier League, one thing that has always been debated against all the flaws (Read: corrupting players, corrupting techniques, corrupting temperaments etc) is how this tournament provides a crop of young Indian cricketers a platform to grind their teeth against quality opposition and world class players. Every now and then, the four foreign player rule has come in the firing line from all franchisees but the BCCI didn't budge from their original decision!

Rise of R Ashwin, Ravindra Jadeja, Mohit Sharma to national team have largely been credited to IPL. Yes, there have been unsuccessful punts on IPL success stories like Sourabh Tiwari, Manpreet Goni, Parvinder Awana etc who were fast tracked to national colours but soon faded out from selectors' radar, but there is no doubt that IPL has become a grand stage for showcasing the 'fire in the belly' for the new generation as well as shelved cricketers.

As the eighth season of IPL comes to an end, let's have a closer look how 'Indians' in the Indian Premier League fared this season. 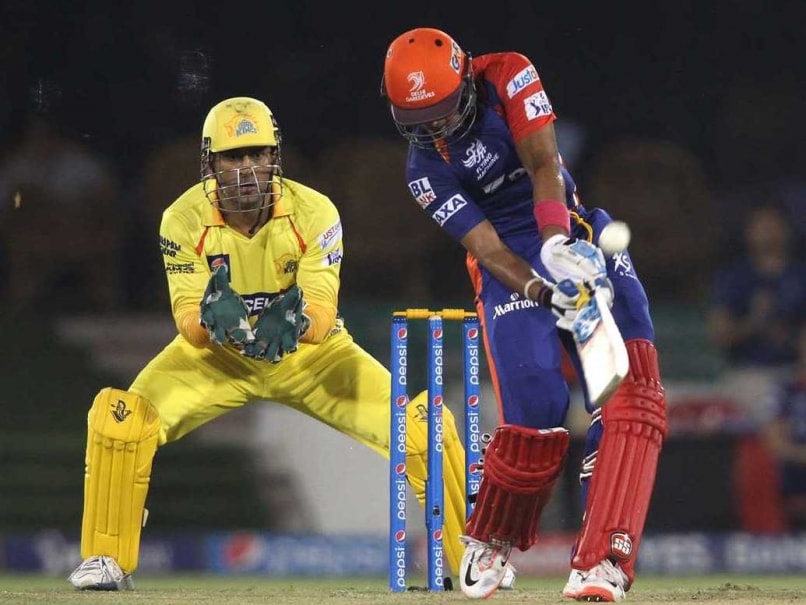 Shreyas Iyer in action during IPL 2015.

Young Shreyas Iyer made to the news headlines much before than donning DD jersey this year. Purchased for whopping 2.6 crores, this middle-order batsman from Mumbai was not Delhi's first choice opener this season. After being asked to open by his mentor Pravin Amre in the second match, Iyer made the place his own in some style. Amassing 439 runs from 14 innings, Iyer has shown glimpse of a promising batsman who can serve Indian cricket for long.

Leg spinner from Haryana has proved to be turnaround of RCB's fortune this year along with late arrival of Mitchell Starc. The go-to man for skipper Virat Kohli in middle overs, Chahal became the first spinner among all teams to go past 20 wickets this season. His control over length has come under huge appreciation from Daniel Vettori. Whether he can thrive as long term prospect, one who can handle the pressure of bowling marathon spells still remains to be seen.

Blast from the past: Ashish Nehra (Chennai Super Kings)

A revelation this season, Ashish Nehra has added much teeth to CSK's new ball bowling attack. As Team India still look for a left arm fast bowler that can add variety to their pace attack, 36-year old Nehra has impressed everyone with his swing, pace and accuracy in his 4-overs spell. With T20 World Cup scheduled to take place in India next year and elusive search for left arm pacer still on, Nehra has given hope to his career that many thought was pretty much over.

Back in the reckoning: Harbhajan Singh (Mumbai Indians)

After lackluster performance in Ranji this season, Harbhajan Singh seemed to be struggling in his career. Not anymore. With every wicket he picked in this IPL, Harbhajan rose in confidence. His line and length have been superb this season, and with back to back stellar outings, Bhajji forced Indian selectors to take note of his performance and was rewarded a place back in Indian Test team after more than 2 years.

Gradually gaining the status of the most reliable batsman in Indian lineup, Rajasthan Royals has much to thank to Ajinkya Rahane for their superb season this year that saw RR making up to playoffs. Rahane outscored all his more fancied fellow batsman and was first batsman to notch up 400 runs this season. Coming on the back of superb last year in all formats of cricket, Rahane with his class and solid technique showed the world why he is considered as next Dravid from India.

As the IPL came to end, the most expensive buy of the tournament proved to be the most disastrous too! What many thought would be a stage where this southpaw will announce his comeback, Yuvraj Singh failed to play even a single innings of significance for their franchise. Not only batting, Yuvraj was shoddy with his bowling and fielding too, and it was a pain to see a champion player like him reduced to a shadow of what he used to be.

Other then these, players like Virat Kohli, Rohit Sharma, R Ashwin and Bhubaneshwar Kumar impressed with their performance in bits but didn't set the stage on fire. While big guns like MS Dhoni, Suresh Raina, Shikhar Dhawan, Ravindra Jadeja were sub-par with their performance; young turks like Deepak Hooda, Surya Kumar Yadav, Dheeraj Jadhav, Mandeep Singh, Sandeep Sharma, Anureet Singh and much talked about 17-year old Sarfaraz Khan sparkled with their showing in limited opportunities they got.

With BCCI announcing plenty of international T20 matches before the World Cup next year, it would be interesting to see how many IPL stars among these would make the cut to national colours soon.

Comments
Topics mentioned in this article
IPL 8 Cricket
Get the latest updates on IPL Auction 2023 and check out  IPL 2023 and Live Cricket Score. Like us on Facebook or follow us on Twitter for more sports updates. You can also download the NDTV Cricket app for Android or iOS.