Virat Kohli Is Going To Be One Of The Leading Players In The World, Says Sachin Tendulkar

Sachin Tendulkar said that Virat Kohli has developed as a player and he is going to be one of the leading cricketers of all time. 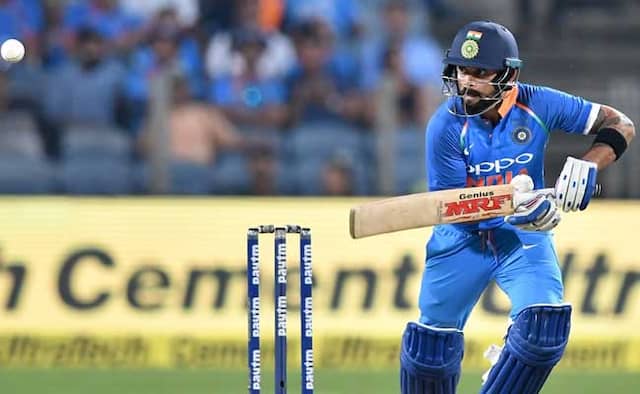 Virat Kohli was adjudged the player of the ODI series against the Windies.© AFP

India captain Virat Kohli recently leapfrogged cricket legend Sachin Tendulkar to become the fastest player to score 10,000 One-day International (ODI) runs. Talking about Virat Kohli and his hunger for runs, Sachin Tendulkar said that Kohli has developed as a player and he is going to be one of the leading cricketers of all time. But Tendulkar said that he doesn't want to go into comparisons because there were different bowlers during his playing days. "Coming to Virat's development as a player, I think he has developed immensely. And I always saw that spark in him. I always felt that he is going to be one of the leading players in the world, not just of this generation, but one of the leading players of all time," Tendulkar said.

Tendulkar categorically stressed that he did not believe in comparisons.

"I think first of all, like how Virat has said and I have been saying for 24 years that I have played. I have never believed in comparison. Each generation if you take from the time cricket was played from day one to now, the change has been constant.

Tendulkar has the highest number of ODI hundreds (49) and Kohli, who has 38 hundreds to his name, is approaching Tendulkar's record.

"But within that generation also I personally believe there should not be any comparison, because every individual whatever he or she does need to be respected and judge by itself, it doesn't have to be always judged by comparing someone and I don't believe in that (comparisons)," Tendulkar noted.

Virat Kohli India vs West Indies 2018 Cricket India vs West Indies, 5th ODI
Get the latest Cricket news, check out the India cricket schedule, Cricket live score . Like us on Facebook or follow us on Twitter for more sports updates. You can also download the NDTV Cricket app for Android or iOS.