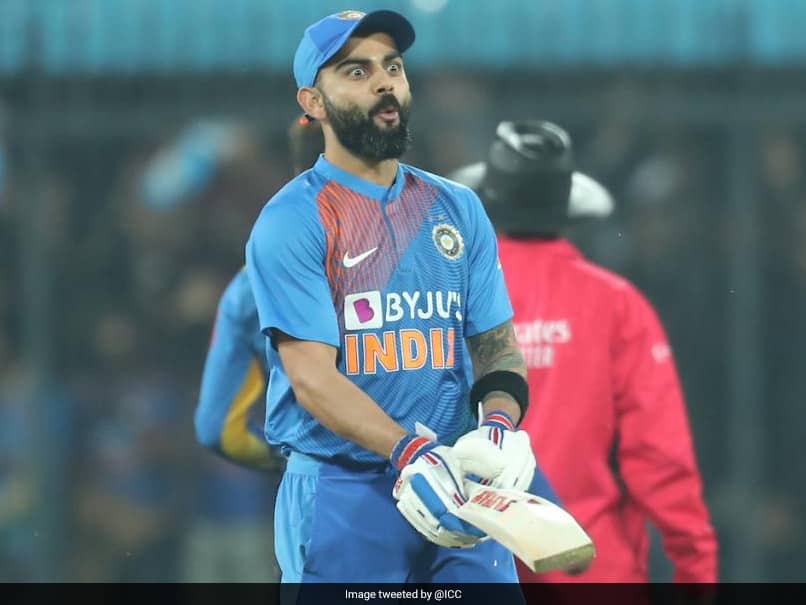 Virat Kohli and Team India had a superlative 2019 and seemed to have carried that form into the new year 2020. While the first T20I between India and Sri Lanka in Guwahati was called off without a ball being bowled, the second T20I saw a familiar story unfold -- India outclassing the opposition and captain Virat Kohli registering a world record. In Indore, India thrashed the visiting Sri Lankans by seven wickets with Virat Kohli scoring a 17-ball 30 not out in the chase. The knock not only helped the Indian skipper take the outright lead in the top run-getters list in Twenty20 Internationals (T20Is) ahead of teammate Rohit Sharma, it also helped him become the fastest to reach 1,000 T20I runs as captain.

Virat Kohli bettered the record previously held by South Africa's Faf du Plessis, who had reached the landmark in 31 innings. The Indian captain got there in 30 innings, thereby breaking yet another record in world cricket.

After MS Dhoni, Virat Kohli is the second Indian captain to reach the 1,000-run mark as captain. Dhoni had taken 57 innings to reach the milestone.

On Tuesday, the Indian team had another comfortable outing and completely outplayed the visitors to take an unbeatable 1-0 lead in the three-match T20I series. Winning the toss and electing to bowl, India choked the Sri Lankan innings by taking wickets at regular intervals.

Shardul Thakur was the pick of the bowlers, taking three wickets and giving away just 23 runs in his four overs. He got great support from his young pace partner Navdeep Saini, who took two wickets at an economy rate of 4.50.

Kuldeep Yadav was a touch expensive but managed to chip in with two wickets as Sri Lanka were restricted 142 for nine in their 20 overs.

India cantered in the chase with openers KL Rahul and Shikhar Dhawan stringing together a 71-run stand to put the hosts in complete control.

Shreyas Iyer played a fine knock of 34 off 26 balls and giving him company was captain Kohli who ended the match with a six to remain unbeaten on 30.

The third and final T20I will be played at the Maharashtra Cricket Association Stadium in Pune on January 10 (Friday).

MS Dhoni India vs Sri Lanka, 2020 India vs Sri Lanka, 2nd T20I Cricket
Get the latest updates on IPL 2021, IPL Points Table , IPL Schedule 2021 , live score . Like us on Facebook or follow us on Twitter for more sports updates. You can also download the NDTV Cricket app for Android or iOS.