Wriddhiman Saha revealed how practice session with India fast bowlers and trainers helped him deliver a brilliant performance behind the stumps in Pune. 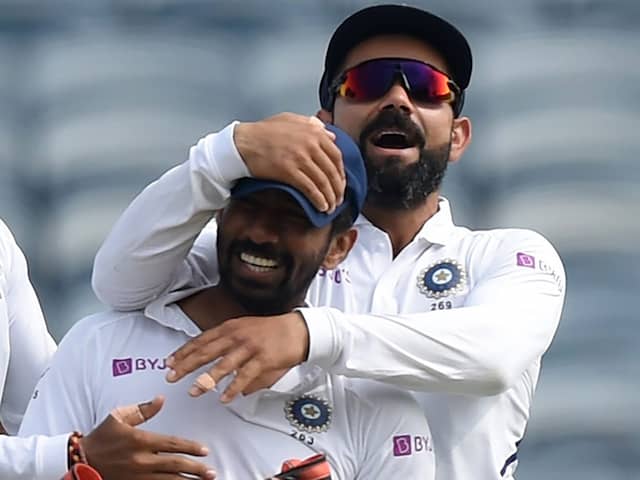 Wriddhiman Saha was brilliant behind the stumps in Pune Test vs South Africa.© AFP

Wriddhiman Saha marked his return to the Test set-up with a brilliant wicket-keeping performance in the Pune against South Africa. Wriddhiman Saha, who was preferred over Rishabh Pant in the first-two Tests against South Africa, took two brilliant catches behind the stumps to prove his mettle. Even India skipper Virat Kohli was in all praise for Wriddhiman Saha during the post-match interview and said, "Saha was back to his best". Wriddhiman Saha credited India's fast bowling trio Umesh Yadav, Ishant Sharma and Mohammed Shami for helping him during the practice and also credited trainers to help him maintain his fitness level.

"Actually prep-wise, Umesh, Ishant and Shami bowl at me, and we practice that way, they give me some really good practice with the moving ball," Saha said.

"Our trainers help us out with stretches, ice-baths, and we are trained for the match-day really well, so credit to them for my fitness as well as my wicket-keeping performance," he added.

The India vs South Africa Test series is Wriddhiman Saha's first in 22 months. In the Pune Test, Saha grabbed his opportunity with both the hands and proved he's still one of the finest wicket-keepers in the longest format of the game.

Saha has featured in 34 Tests for India. He has scored 1185 Test runs at an average of 30.38 with the help of three centuries and five half-centuries.

The 34-year-old also has 82 catches and 10 stumpings to his name in the longest format.

Wriddhiman Saha Cricket
Get the latest Cricket news, check out the India cricket schedule, Cricket live score . Like us on Facebook or follow us on Twitter for more sports updates. You can also download the NDTV Cricket app for Android or iOS.