Virat Kohli was in great mood in the dressing room as the Indian batsmen kept piling on the misery during the 3rd Test with South Africa. 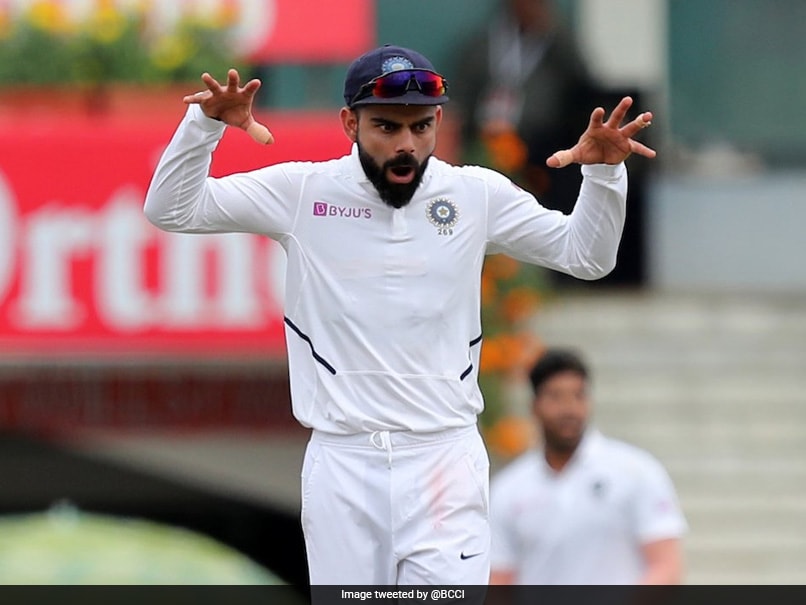 Virat Kohli never fails to charm the Internet with his lively expressions on the field and one such reaction of the Indian captain from the ongoing third Test against South Africa in Ranchi has gone viral, courtesy the Board of Control for Cricket in India (BCCI). The BCCI posted the picture on Twitter, asking the fans to caption the amusing candid photograph of the Indian skipper. Virat Kohli's funny reaction inspired a meme fest on Twitter within no time, with many relating his body posture to a rap song from the film 'Gully Boy'.

How does Ravi react, when he sees a bottle of beer?

Some users decided to make fun of the films featuring Kohli's wife Anushka Sharma, such as 'Pari' and 'Bombay Velvet'.

Kohli is currently engaged in India's third and final Test against South Africa in Ranchi. Having won Tests in Vizag and Pune, India have already clinched the three-match series and eyeing a whitewash at the JSCA International Stadium Complex.

Under the captaincy of Kohli, India are ranked number one in the ICC Test team rankings and lead the ongoing ICC World Test Championship points table with a huge margin.

India are leading the Test Championship table with 200 points from four Test victories in as many matches. New Zealand and Sri Lanka are placed second and third respectively with 60 points each as their two-match series in August ended in a 1-1 draw.

Virat Kohli
Get the latest updates on T20 World Cup, check out the T20 World Cup Schedule and Live Score . Like us on Facebook or follow us on Twitter for more sports updates. You can also download the NDTV Cricket app for Android or iOS.