Virat Kohli Is The "Ultimate Captain" As He Leads By Example, Says Brian Lara

Virat Kohli was in the thick of things as India posted an unassailable 2-0 lead over South Africa in the three-Test series to record an unprecedented 11th straight series win on home soil. 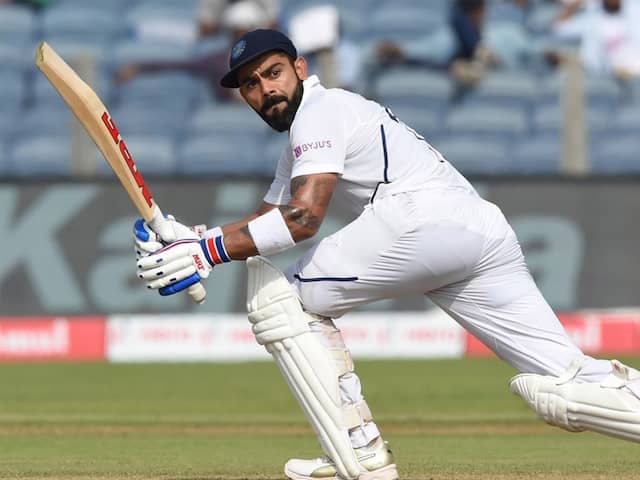 Virat Kohli registered his career-best score of 254 not out in Pune.© AFP

Virat Kohli was the star of the show as India completely dominated South Africa to win the second Test by an innings and 137 runs in Pune on Sunday. In the process, India also clinched the three-Test series with a match to spare. Moreover, it was India's record 11th Test series victory on home soil, beating the Australia's 10 on the trot. Impressed by Kohli's leadership skills, former West Indies batsman Brian Lara said that the current Indian skipper is the "ultimate captain" as he leads by example. "He's (Kohli) the ultimate captain. In terms of his performances, he leads by example. And I mean that in all facets of the game, and off the field too. He is came off very well in the background of MS Dhoni, who laid the foundation, and did things in a different way," Lara said on Thursday.

"So, I think Indian cricket, as we all know, is headed in the right direction. It's influenced by some of the best people, and is reaping the benefits of it," Lara added.

Ecstatic after the massive win, Virat Kohli, who won the man of the match award for his career-best score of 254 not out, said that every win is important in the ICC World Test Championship and his team will not take it lightly in the final Test that begins in Ranchi on Saturday.

"It's been nice and looking at the larger picture - the Test Championship, every game has even more value. We are not going to take the foot off the gas in the third Test. We are looking for a result and hopefully make it 3-0. No-one's going to relax at any stage, that is a guarantee," Kohli said.

Virat Kohli Brian Lara India vs South Africa, 2019 Cricket
Get the latest Cricket news, check out the India cricket schedule, Cricket live score . Like us on Facebook or follow us on Twitter for more sports updates. You can also download the NDTV Cricket app for Android or iOS.