Virat Kohli became the second Indian skipper after MS Dhoni to lead the team in 50 Tests, when he walked out to play the 2nd Test of the series against South Africa in Pune on Thursday. 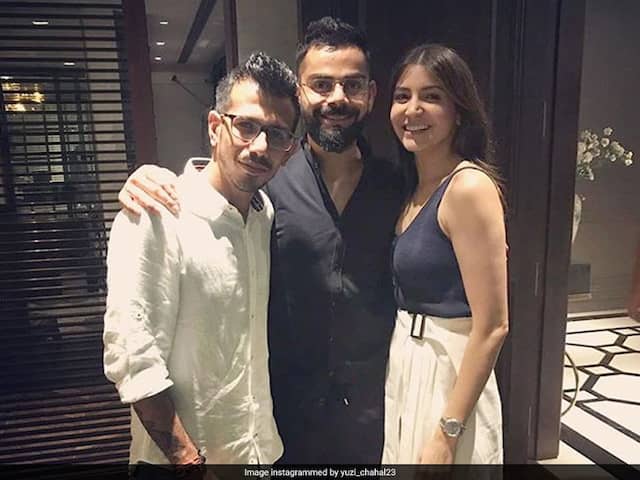 Virat Kohli became the second Indian captain after MS Dhoni to lead the Test team in 50 matches on the opening day of the second Test against South Africa in Pune on Thursday. As Kohli surpassed Sourav Ganguly's milestone of leading India in 49 Tests, Yuzvendra Chahal took to Twitter to post a congratulatory message for the current India captain. However, Chahal, who is yet to make his Test debut, ended up trolling himself with a hilarious tweet. "Congrats bhaiya, only 50 more test matches than me," Chahal tweeted.

Congrats bhaiya only 50 more test matches than me pic.twitter.com/jkmKY7vLxo

Earlier in the day, the Board of Control For Cricket in India (BCCI) congratulated Kohli on the achievement and tweeted, "It will be Match No. 50 as Test Captain for @imVkohli when he takes the field in the 2nd Test against South Africa. Congratulations Skip!"

It will be Match No. 50 as Test Captain for @imVkohli when he takes the field in the 2nd Test against South Africa. Congratulations Skip! #TeamIndia #INDvSA pic.twitter.com/Itfw2BiJgG

Under Kohli's leadership since 2014, India have won 29 Tests, making him the most successful captain in the longest format with a win percentage of 58.

Kohli, who became the first Indian captain to win a Test series in Australia, is now hoping to beat the record of 10 straight home series wins.

India, who lead the three-Test series against South Africa 1-0, need one more win to beat the record they share with Australia.

As far as the match is concerned, India are comfortably placed at 273/3 at the end of day one.

Mayank Agarwal scored his second century of the series, while Kohli brought up his 23rd Test fifty to put India in a commanding position.