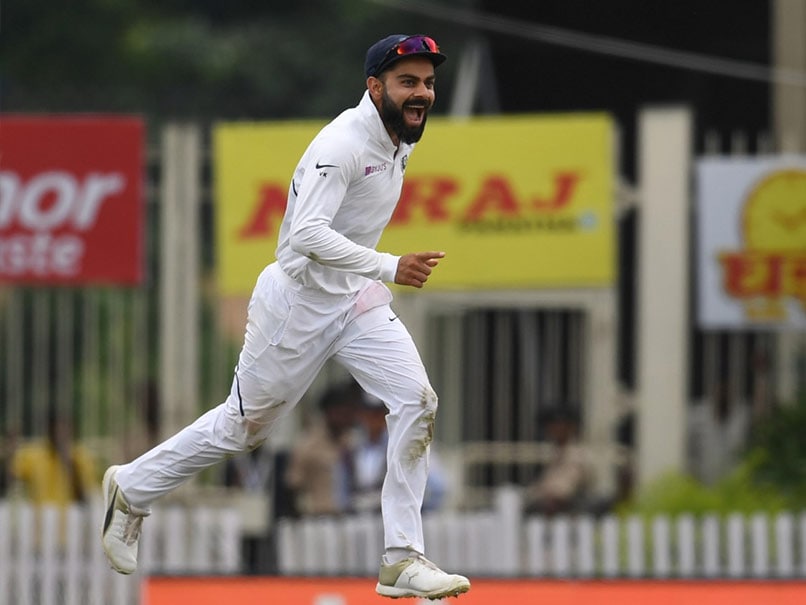 India are aiming for a whitewash against the visiting South Africans in Ranchi.© AFP

Virat Kohli reached another distinction as India captain when he enforced a follow-on for a record eighth time during the third Test against South Africa in Ranchi on Monday. India bowled out South Africa for a paltry 162 runs to take a lead of 335 runs on the third day of the Test at JSCA International Stadium Complex. India captain Virat Kohli enforced the follow-on for the eighth time in his career as Test captain, surpassing Mohammad Azharuddin's mark of seven.

MS Dhoni enforced a follow-on five times in his career, while Sourav Ganguly did it four times in his Test captaincy.

India have already clinched the three-match Test series 2-0 with the help of victories in Vizag and Pune. The number one-ranked Test team is now aiming for a whitewash against the visiting South Africans in Ranchi.

Playing his 51st Test match as captain, Virat Kohli couldn't impress much with the willow in the third Test and lost his wicket for 12 runs.

However, new Test opener Rohit Sharma continued the brilliant run at the top of the order and smashed his maiden Test double hundred.

Umesh Yadav led the bowling attack with three wickets, while Mohammed Shami, Shahbaz Nadeem and Ravindra Jadeja chipped in with two wickets each as India wrapped up South Africa for 162.

In South Africa's second innings, Shami emerged as the wrecker-in-chief with three wickets, all inside the first seven overs.

Umesh struck twice, while spinners Jadeja and Ravichandran Ashwin claimed a wicket each to reduce South Africa to 132/8, trailing India by 203 runs, at stumps.

JSCA International Stadium Complex, Ranchi Cricket India vs South Africa, 3rd Test Mohammad Azharuddin India vs South Africa, 2019
Get the latest updates on ICC T20 Worldcup 2022 and CWG 2022 check out the Schedule, Live Score and Medals Tally. Like us on Facebook or follow us on Twitter for more sports updates. You can also download the NDTV Cricket app for Android or iOS.