Umesh Yadav dismissed Theunis de Bruyn in both the South African innings and on both occasions the wickets came because ofbrilliant catches by Wriddhiman Saha. 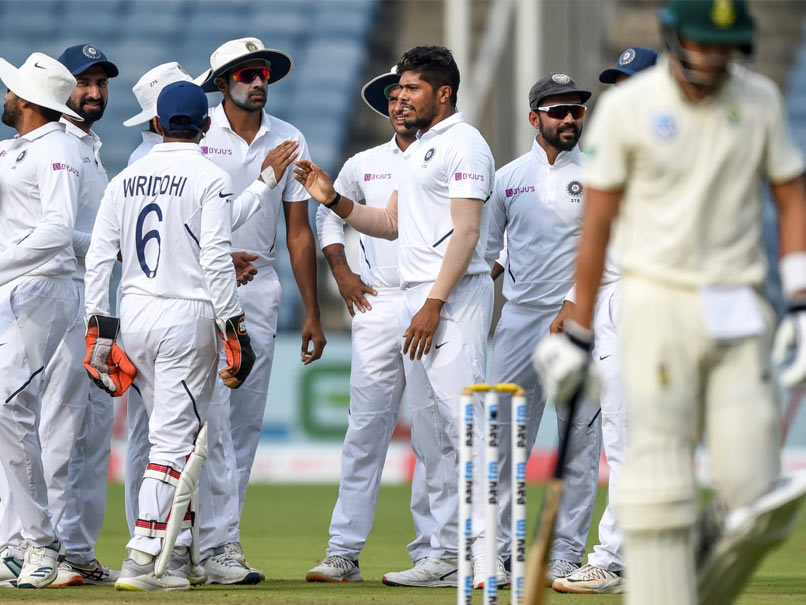 Umesh Yadav was all praise for wicketkeeper Wriddhiman Saha after India won their second Test against South Africa by an innings and 137 runs and sealed a 2-0 series win. Umesh Yadav dismissed Theunis de Bruyn in both the South African innings and on both occasions the wickets came because of brilliant catches by Wriddhiman Saha. "I think I should treat him for those wickets down leg-side and that first catch, and I think they are Saha's wickets," Umesh Yadav said in a post-match interview.

"I thought they were going for boundaries, that's always the thought when it's down leg-side, but I was thanking God and Saha that I got those wickets."

Umesh has found it difficult to get a foothold in the team but has performed whenever he has got a chance. In the second Test, he was the joint highest wicket-taker across two innings.

"There is a healthy competition in the side, and I knew that if I get a chance, I had to grab it. I had taken 10 wickets in the last home match in Hyderabad (2018 vs West Indies), and I was confident about bowling in India. I had a good mindset and I was happy that I executed my skills on the ground," he said.

Saha said that the bowlers bowl at him during training which gives him good practice with the moving ball.

"Our trainers help us out with stretches, ice-baths, and we are trained for the match-day really well, so credit to them for my fitness as well as my wicketkeeping performance," he said.