Shikhar Dhawan had a forgettable tour to the West Indies but veteran off-spinner Harbhajan Singh continues to back him. 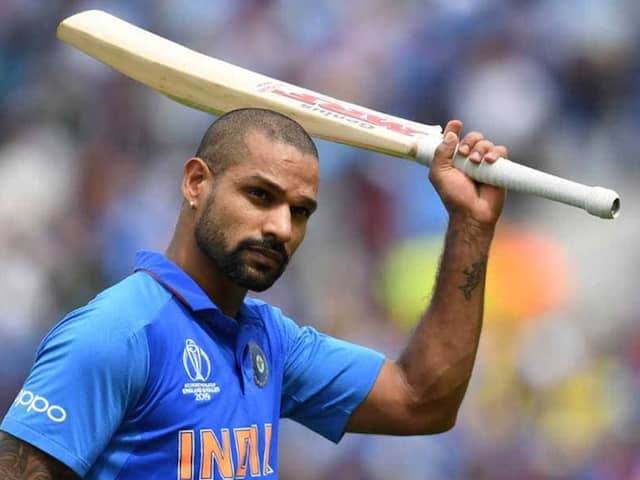 Shikhar Dhawan had a forgettable tour to the West Indies.© AFP

Shikhar Dhawan had a forgettable tour to the West Indies, where he managed to score only 65 runs in five innings. However, in a big positive, Shikhar Dhawan scored two consecutive half-centuries for India A against South Africa A recently. But the southpaw will also look to get back to scoring for India when they take on South Africa in the second Twenty20 International (T20I) on Wednesday. India off-spinner Harbhajan Singh, who has shared the dressing room with Shikhar Dhawan, believes the Delhi batsman is the finest opener along with Rohit Sharma.

"Shikhar Dhawan and Rohit Sharma are some of the finest batsmen that India has seen, and have proven to be one of India's best opening pairs. Shikhar Dhawan's contribution to the game is as important as that of Rohit Sharma or Virat Kohli," Harbhajan said.

"Be it T20 or 50 overs, irrespective of the format, Shikhar is really good. According to me, there is no better opener than Shikhar Dhawan, along with Rohit Sharma, in any format - T20 and 50 overs. If he continues working on his fitness in the coming 2-3 years, I think he will be unstoppable," he added.

Since the first match of the three-match T20 series got called off due to rain, both teams would aim to put in their best effort in Mohali as they know that the winner would not lose the rubber. With the stakes so high, there is, therefore, not much scope for mistakes by either of the teams.

India would be brimming with confidence following their superb show against the West Indies in their recent tour.

India were absolutely ruthless against the West Indies, with only rain denying them a clean sweep of the Test, ODI and T20 series contested between the two teams.

On the other hand, Quinton de Kock will be hoping to lift the morale of the Proteas, which would be rock bottom following their dismal performance in England in the World Cup.