Ravichandran Ashwin lauded the 109-run ninth wicket stand between Keshav Maharaj and Vernon Philander, stating that the word "tail-ender is a myth". 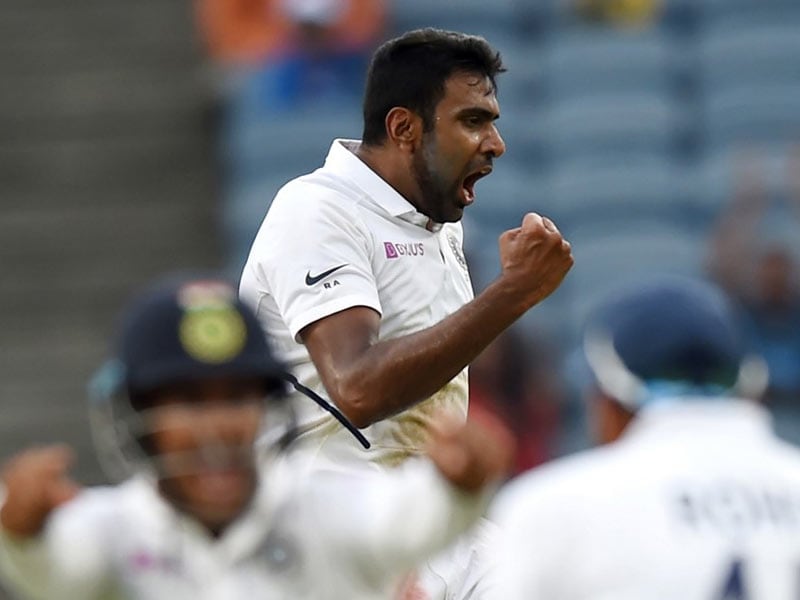 Ravichandran Ashwin said he is just happy to be bowling again in a Test match.© AFP

Ravichandran Ashwin on Saturday said he wasn't "frustrated" for once during the century-plus stand between Vernon Philander and Keshav Maharaj as he is just happy to be bowling again in a Test match rather than cooling his heels in the reserves. Ashwin is no longer India's first-choice spinner even in Test cricket and it was understandable when the cocky Tamil Nadu tweaker gave a cheeky reply to a question on the resilience shown by the South African tail on the third day of the second Test in Pune on Saturday. "I don't get frustrated and don't want to get frustrated either as I am happy to be bowling again. Whoever bats again, I am happy to keep bowling at them," Ashwin said and it wasn't very difficult to read between the lines as to what he meant after Ravindra Jadeja was preferred in the West Indies.

Ashwin, who had the best figures of 4 for 69 in 28.4 overs, lauded the 109-run ninth wicket stand between Maharaj and Philander, stating that the word "tail-ender is a myth".

"I think the myth of tail-enders is over-stated and when someone bats well, he bats well. Nowadays, nobody is really a mug with the bat. In our team also, everybody bats pretty well till No 11," he said.

"Like I said, it is a good pitch and Philander batted beautifully. His defensive technique to spin and fast bowling was wonderful. He played with soft hands and the bat face was slightly running down."

Asked if India will enforce the follow-on, Ashwin said it will be the captain's prerogative. "At least, I haven't thought about the follow-on. I think the captain will decide overnight on what he should be doing.

It is also important, how bowlers recover tomorrow morning," he said. Ashwin termed the Pune pitch as a typical Indian track which is mostly on offer during domestic games.

"This is a typically Indian pitch from my experience. These are the kind of pitches you tend to get in first-class cricket, so I don't see why it's not a typical Indian pitch."

He particularly lauded India's top three -- openers Mayank Agarwal, Rohit Sharma and Cheteshwar Pujara -- for doing the job during the first two sessions on the opening day when there was something on offer for the fast bowlers.

"I thought (Kagiso) Rabada bowled beautifully but Rohit, Pujara and Mayank negotiated them really well in the morning (and afternoon). They kept beating the bat," Ashwin said.

However in contrast, the Indian pace attack looked much more potent during the second day evening and third morning, something that didn't surprise the senior off-spinner.

Because the way Shami was getting the ball to carry over to the keeper, it was a pleasant sight to see as it doesn't happen often in India," he said.

"The pace attack of ours have completely earned the right of doing such things and we aren't surprised about it anymore."

"It's a no-brainer to say that Saha is one of the best going around.

I have hardly seen him miss anything from the rough and today you saw how he took Rabada's (missed) cover drive. It just indicates what good set of hands he has got," said Ashwin.

"Saha has also got great composure too and you can't really rule him out with the bat either. He has had some handy contributions for the team. He is a great character and great keeper to have in the team."