While some fans morphed Ravi Shastri's image to make it a scene from the film 'Titanic', others came up with unconventional ways to troll the Team India head coach. 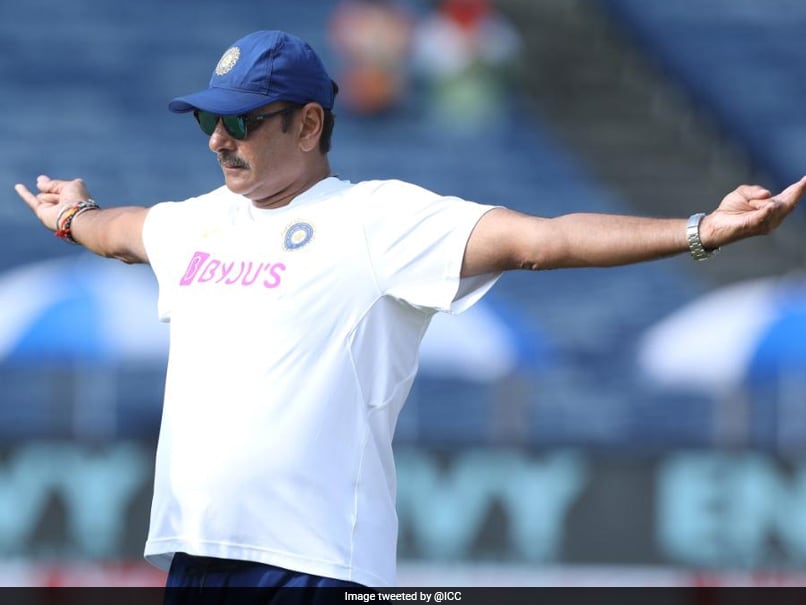 Ravi Shastri became a target of social media trolls after users likened his pose, in a picture tweeted by the International Cricket Council (ICC) on Sunday to that of Jack -- the lead character played by Leonardo DiCaprio in the film 'Titanic'. Team India head coach Ravi Shastri looked to be stretching his arms during a practice session. The ICC tweeted the picture and asked its followers to "caption this". The picture inspired a meme fest on Twitter, ranging from photoshopped images to jokes on Ravi Shastri's lifestyle, which has been a subject of scrutiny for social media trolls time and again.

While some fans morphed the image to make it a scene from the film 'Titanic', others came up with unconventional ways to troll Shastri.

In August, Shastri was retained as Team India head coach for a two-year period, ending with the 2021 T20 World Cup in India.

Under the coaching of Shastri, India registered a clean sweep over the West Indies in all formats, following which a three-match T20 International series against South Africa ended in a 1-1 draw at home.

India are 1-0 up in the ongoing three-match Test series against South Africa. The second Test is underway in Pune and India are eyeing a record 11th successive Test series win at home.

India Cricket Team Ravi Shastri India vs South Africa, 2019 Cricket India vs South Africa, 2nd Test
Get the latest updates on IPL 2021, check out the IPL 2021 Schedule and Indian Premier League Live Score . Like us on Facebook or follow us on Twitter for more sports updates. You can also download the NDTV Cricket app for Android or iOS.