Mayank Agarwal carried his hot streak from first Test against South Africa to the second match at Pune as he recorded his second century of the series. 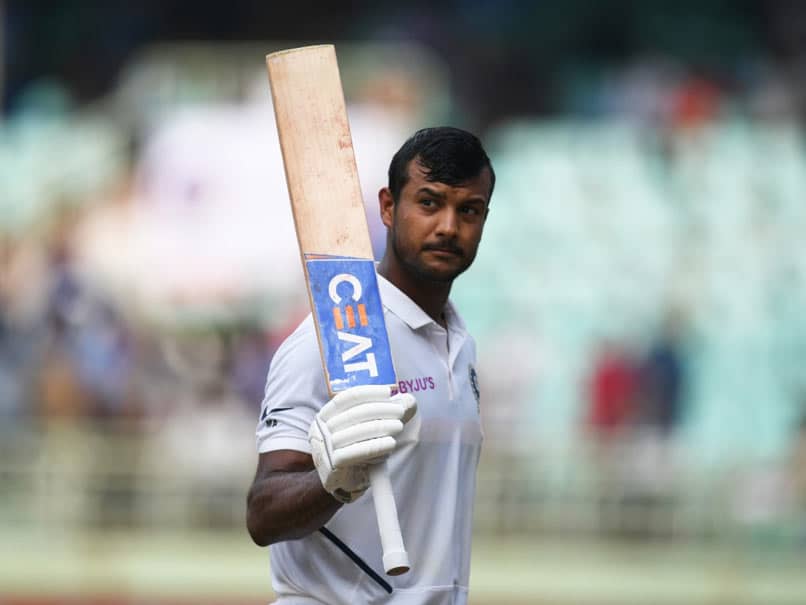 Mayank Agarwal built on his recent success against South Africa with a century, second of his Test career, in the second Test of the three-match series at the MCA Stadium on Thursday. The 28-year-old opener smashed 16 boundaries and two sixes in his 183-ball knock to lift the Pune crowd off their feet. Mayank Agarwal had scored a double-century in the first Test in Vizag that India won by a margin of 203 runs to take a 1-0 lead in the series.

Brilliant 100 @mayankcricket very happy for you.. may you continue to shine.. god bless you.. stay humble always @StarSportsIndia @BCCI pic.twitter.com/6bqbnpWjAb

After opting to bat, India lost Rohit Sharma early on the opening day of the second Test. Kagiso Rabada struck in the 10th over to get Rohit Sharma for 14.

Rohit, batting at the top of the order for the first time in his Test career, had scored centuries in successive innings of the first Test.

Agarwal had scored 215 runs off 371 balls, including 23 boundaries and six sixes, in the first innings but lost his wicket for seven in the second innings.

India were 188/2 when Agarwal reached the triple figures in Pune. He is playing his sixth Test, having already scored 497 runs in five Test matches.

However, Agarwal lost his wicket soon after scoring a hundred as Rabada struck for the third time to trap him for 108 runs.

Earlier, Rabada removed Cheteshwar Pujara, with whom Agarwal had stitched a 138-run stand for the second-wicket. Pujara scored 58 runs off 112 deliveries with the help of nine boundaries and a six.