India vs South Africa: Mayank Agarwal Shouldn't Be Judged On The Basis Of One Good Innings, Says Sourav Ganguly

India vs South Africa: Mayank Agarwal has done enough to secure his spot in the Indian Test team as an opener but Sourav Ganguly said he is in no hurry to judge him. 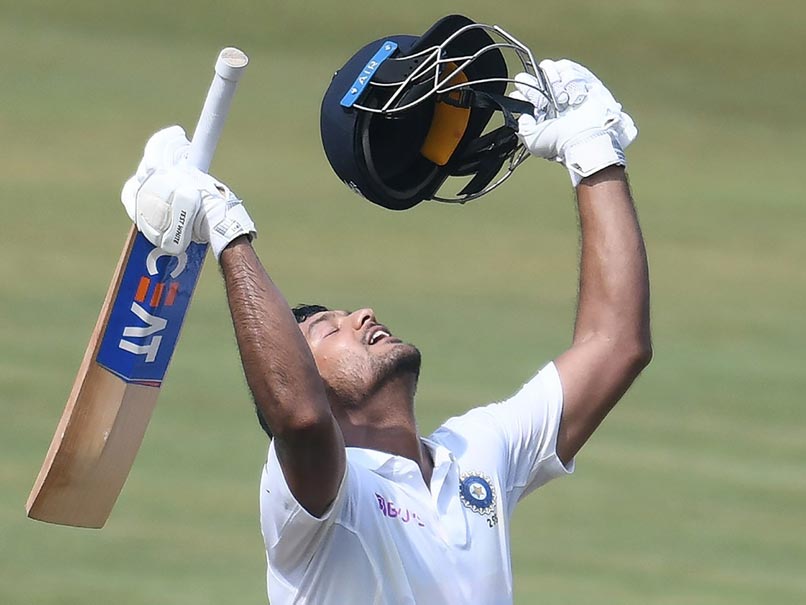 Mayank Agarwal, in a short span of time, has done enough to secure his spot in the Indian Test team  as an opener. After struggling against the West Indies, Mayank Agarwal came back to form against South Africa as he became the fourth Indian to convert his his maiden century into a double ton. However, despite that former skipper Sourav Ganguly said he is in no hurry to judge Agarwal after just one good innings and advised everyone to get rid of such mindset and allow a batsman some time before they start making their mind.

"The problem is we come to conclusions very quickly. With one hundred we will say he's your first choice opener and so on. But with a couple of failures you would say otherwise. This has to stop," said Ganguly.

Sourav Ganguly also added that any batsman who performs well at the top of the order is a good sign for the Indian team.

"Any young player who is doing well is a very good sign for Indian cricket. He (Mayank) played well in Australia. He struggled a bit in the West Indies. But in the first Test at home, he's got a double against South Africa. Let him play for a year or so then will judge how good he is."

Ever since making his debut for India, the Karnataka batsman has never looked back. He scored two half-centuries in two Test against Australia and now in his fifth Test match has scored a double hundred.

Along with Agarwal, India had another centurion in Rohit Sharmawho playing as an opener for the first time in Test cricket scored 176 runs in the ongoing Test in Vizag.

Ganguly hoped Rohit continues to carry his form in the upcoming games as well and perform consistently like he has done in the shorter formats of the game.

"It's the same thing for Rohit Sharma -- he has to perform consistently (like Mayank). It's just the first Test match for him as an opener. He (Rohit) is a fantastic player and hopefully he continues to play well because Rohit Sharma in form will strengthen Indian batting," Ganguly said.

The opening duo batting together for the first time showed great understanding and stitched a 317-run partnership, helping India post a mammoth total of 502/7 decl in the first innings.