Tempers frayed among the South African fielders as India piled on the misery on Day 2 of the 2nd Test, till the home team finally declared at 601/5. 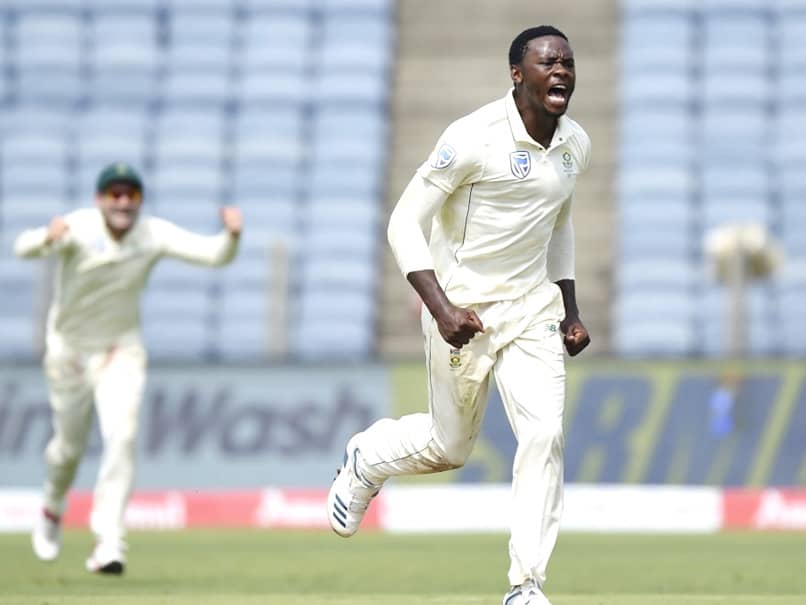 Virat Kohli made a mockery of South Africa's bowling attack on Day Two of the 2nd Test in Pune on Friday. While Kohli was over the moon after bringing up his 26th Test century, the visitors were in agony. Cricket is popularly known as a gentleman's game and it is expected that the players do not let their emotions get the better of them. However, Kagiso Rabada and Quinton de Kock could not do much to hide their frustration. With the Indian skipper on song at one end, tension boiled over between the two South African players.

As India piled on runs and misery on South Africa, Rabada and De Kock engaged in a heated on-field spat and skipper Faf du Plessis had to intervene.

After Ravindra Jadeja defended a Rabada delivery, the fast bowler threw the ball in the wicketkeeper's direction.

Apparently, De Kock wasn't paying attention to the throw and he fumbled. In the meantime, Jadeja and Kohli sneaked a quick single.

Rabada was clearly miffed and gave De Kock a piece of his mind.

The wicketkeeper then responded aggressively to Rabada, asking him to "be smarter".

At the end of the over, De Kock and Rabada had a go at each other once again and that is when Du Plessis had to jump in to their war of words.

As far as the match is concerned, India declared the first innings on a mammoth total of 601/5.

In the process, Kohli notched up his highest Test score of 254 not out.