IND vs NZ: Ashwin is currently tied with Harbhajan Singh and Anil Kumble as all three have taken 50 wickets in a calendar year thrice.

Ravichandran Ashwin has reached that stage in his career when he surpasses some record or the other, every time he steps onto the field. In the first Test against New Zealand at Kanpur, Ashwin picked up 6 wickets to surpass Harbhajan Singh to become India's third-highest wicket-taker in the longest format. Ahead of the Mumbai Test, which starts from Friday, the off spinner is on the cusp of more milestones. Ashwin is currently the joint-highest wicket taker in Test cricket in the year 2021, along with Pakistan's Shaheen Shah Afridi. Both the bowlers have taken 44 wickets so far.

Ashwin needs just 6 more wickets to complete 50 wickets in the calendar year, a feat that he has achieved three times before in 2015, 2016 and 2017. If Ashwin does pick up 50 wickets this year, then he would surpass two former Indian spinners. 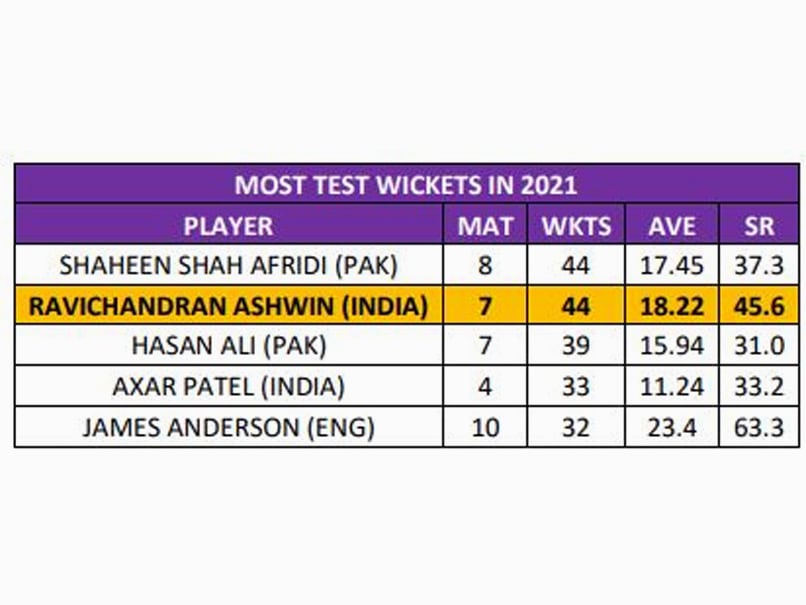 Ashwin is currently tied with Harbhajan Singh and Anil  Kumble as all three have taken 50 wickets in a calendar year thrice. In case Ashwin gets the six wickets in Mumbai, it would be the fourth time he would complete this magnificent feat. 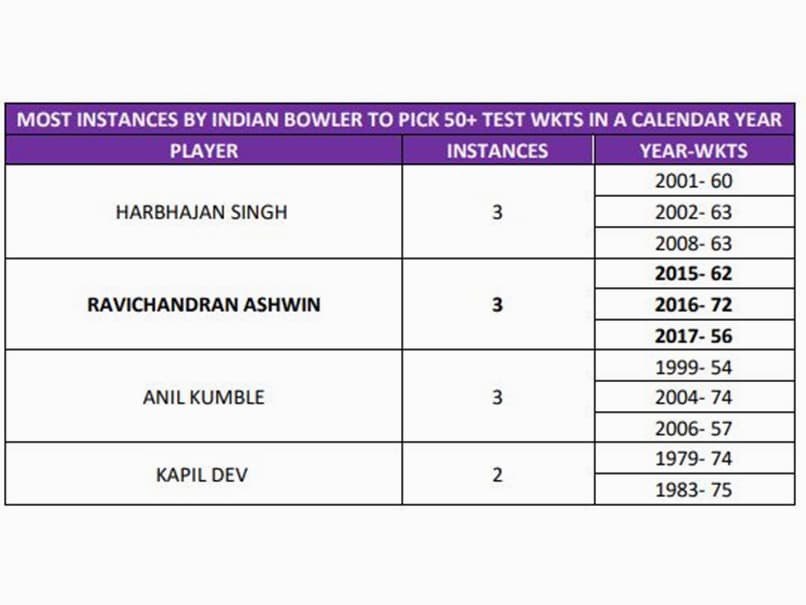 Given the kind Ashwin is in, it seems likely that he would pick the six wickets in Mumbai and zoom ahead of both Harbhajan and Kumble,

Kapil Dev completed the feat twice in his career.

The Wankhede Stadium has been a happy hunting ground for the spin wizard and another wicket at the venue will make it Ashwin's most successful venue all over the world.

Ashwin has so far taken 30 Test wickets each at Mumbai and his home ground, the MA Chidambaram Stadium in Chennai.

With so many milestones awaiting Ashwin, Indian cricket fans would expect a bumper performance from him, which could see the team seal a series win over New Zealand.