India vs New Zealand: Ahead of 1st ODI, MS Dhoni Takes Us Back To 2011 World Cup Winning Six

Dhoni's match-finishing six in the 2011 World Cup has become a lasting image of cricket in India. 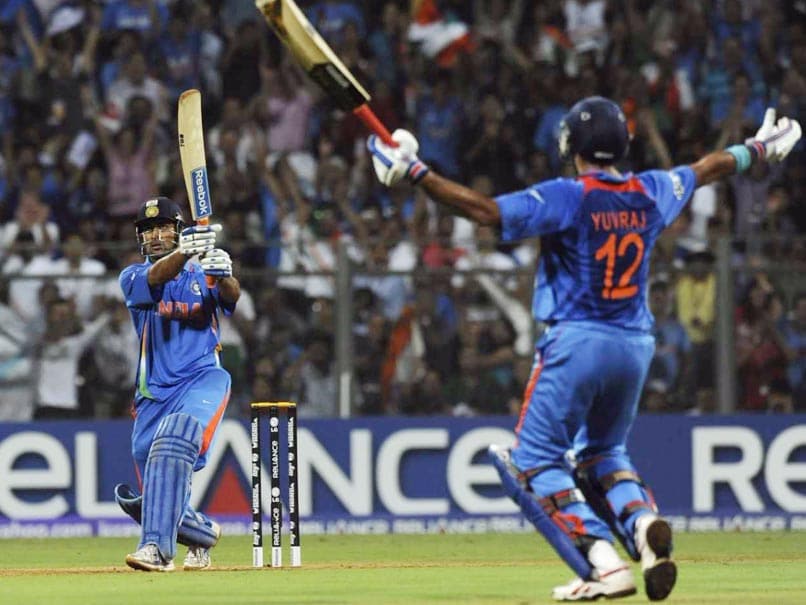 Former India captain Mahendra Singh Dhoni scripted history on April 2, 2011, at the Wankhede Stadium, Mumbai, when he smoked Nuwan Kulasekara for a huge maximum in the 49th over to end India's 28-year wait for a World Cup at the Wankhede Stadium, Mumbai. With that win, Dhoni became the first captain to win all major ICC trophies - the 2007 T20 World Cup, 2011 World Cup and 2013 Champions Trophy. The right-handed batsman has always been known for his fearless hitting and playing his role as a finisher until a month ago when he donned a new avatar, that of an anchoring an innings and let his partner at the other end to finish the job.

As India gear up for the three-match One-day International (ODI) series against New Zealand starting on October 22, BCCI uploaded a video of a practice session where Dhoni shimmies down the wicket and blasts the bowler for a huge six almost recreating the World Cup winning hit.

The BCCI captioned the video, "When @msdhoni hits a big one at the Wankhede Stadium, it invariably takes us back to that famous six in 2011."

When @msdhoni hits a big one at the Wankhede Stadium, it invariably takes us back to that famous six in 2011. pic.twitter.com/UGZkvpHWJJ

The first ODI of the New Zealand will also be held at the Wankhede Stadium.

Winning the toss first, Kumar Sangakkara had elected to bat first and Sri Lanka put up a competitive target of 275 for India to chase. The Men in Blue did not have a good start as Virender Sehwag was dismissed for a duck by Lasith Malinga.

Following the wicket, the Indian innings was held together by Gautam Gambhir with a patient 97 as he set up a solid base for Dhoni, Virat Kohli and finally Yuvraj Singh to take India over the line for their second World Cup victory.