India vs England: Rohit Sharma said Rishabh Pant's occasional failures with the bat must be accepted as he's someone who can change the game "within a span of one hour." 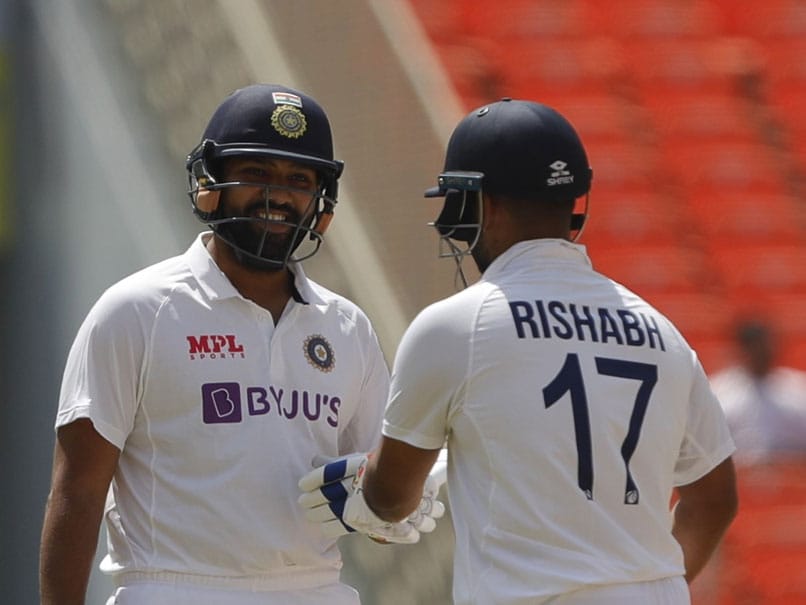 Rishabh Pant's attacking style of batting has the Indian team management's mandate as long as he gets the "job done" more often than not and people should cut him some slack when there is an odd failure, feels senior batsman Rohit Sharma. The young left-hander, who has often been criticised for his mode of dismissals, scored a fabulous hundred in the fourth Test to put India in the driver's seat against England. "Pant has his own style of batting. Obviously there have been messages, as to how he needs to approach his innings. He seems to be batting in his own style which is great from our perspective as well, because he seems to be getting the job done, which is more important," Rohit said at the post-match press conference.

Rohit could empathise a lot with Pant as he too has seen the flip side of being rated as a talent which comes with its own share of ruthless scrutiny.

"You should have a mix of players in your squad. There would be a few guys who would play respectfully, then you need someone who will take those chances, be courageous, which is absolutely fine for team management as long as he gets the job done," said the India white ball vice-captain.

Rohit urged one and all not to nitpick Pant's occasional failures which come with the package.

"But there will be times when he will play his shots and he will get out and I don't want anyone to get upset with that. Because he is someone, who will play an innings like that to get the team from a tough situation to suddenly within a span of one hour, the team starts looking different."

For Rohit, it was Mahendra Singh Dhoni's faith that turned him into the opener that he became in white ball cricket and now is realising his potential in the traditional format.

He feels that even Pant can play freely with the backing of the team management.

"People like Pant, you need to back their skills, back their ability and (team) management understands that and he has been given the freedom as well which is very important from my perspective as I completely understand from a batsman's point of view.

"When you have captain and coach backing you, how important a feeling is that to have as a player – Pant seems to have that now. He will give you knocks like this every now and then but I don't want anyone to make opinions about how he got out playing bad shots.

"At the end of the day, we need these (kind of) guys who can take those chances and bring the team at a position which no one was expecting."

When the cliched question of whether Pant is ready to fill Mahendra Singh Dhoni's shoes was asked, Rohit was way less diplomatic than some of his peers.

"He is more than ready I guess. He seems to be doing the job for us."

Rishabh Pant India vs England 2020-21 India vs England, 4th Test Cricket
Get the latest updates on Olympics 2020, Olympics 2020 Medal Tally, Live Cricket Score . Like us on Facebook or follow us on Twitter for more sports updates. You can also download the NDTV Cricket app for Android or iOS.