India vs England: Jofra Archer Ruled Out Of Second India Test After Injection To Right Elbow

India vs England: Jofra Archer has been ruled out of the second Test against India due to elbow pain. He got an injection to his right elbow after the first Test. 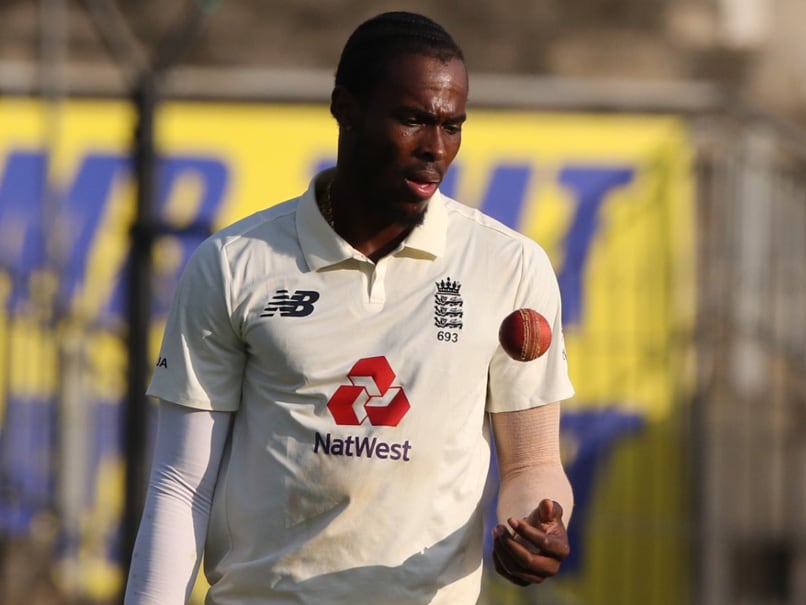 IND vs ENG: England pacer Jofra Archer has been ruled out of second India Test.© BCCI

England fast bowler Jofra Archer will miss the second Testagainst India after getting an injection to his right elbow, the England and Wales Cricket Board (ECB) confirmed on Thursday. "Jofra Archer will miss England Men's second Test against India in Chennai starting on Saturday after having an injection in his right elbow. The injection follows discomfort the fast bowler experienced during the 227-run win in the first Test at the same venue," ECB said in a release. However, ECB clarified that Archer's issue is not related to any previous injury and he is expected to recover in time for the third Test in Ahmedabad.

The fast bowler had an injection to his right elbow after the first Test, the release stated.

Archer was one of the two front line pacers in the England XI for the first Test alongside James Anderson.

Archer's injury means the XI that takes field in the second Test will be in some way different from the winning combination at Chennai.

Wicket-keeper batsman Jos Buttler has been rested for the last three Tests and pacer James Anderson could also be rested, as hinted by head coach Chris Silverwood on Wednesday.

Ben Foakes is the most probable replacement for Buttler while Archer could be replaced by Stuart Broad or Chris Woakes.

The second Test will see fans in attendance for the first time this series. Spectators up to 50 per cent capacity will be permitted inside the MA Chidambaram Stadium.

Jofra Archer India vs England 2020-21 Cricket
Get the latest updates on ICC T20 Worldcup 2022 and CWG 2022 check out the Schedule, Live Score and Medals Tally. Like us on Facebook or follow us on Twitter for more sports updates. You can also download the NDTV Cricket app for Android or iOS.