India vs England: Virat Kohli, India skipper, posed in the ODI jersey ahead of the three-match series starting tomorrow in Pune. 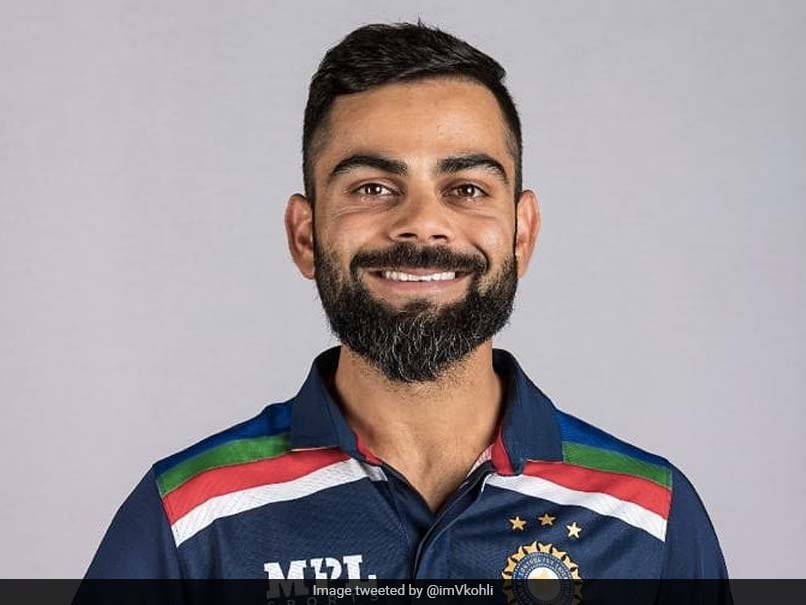 India captain Virat Kohli posed with the team's ODI jersey ahead of the three-match series against England starting in Pune on Tuesday. Kohli will lead the team after having successfully led India to a 3-1 series win in the Tests and a 3-2 win in the five-match T20I series that concluded on Saturday. All three ODIs of the series will be played in Pune with the final two games scheduled for March 26 and 28. Ahead of the series, Kohli said at the pre-match conference on Monday that Rohit Sharma and Shikhar Dhawan will continue to open for India in ODIs.

Kohli had promoted himself to the openers' slot in the fifth T20I in Ahmedabad and that lead to questions on whether Kohli will be seen opening for India regularly in white-ball cricket.

On Monday Kohli said the move to open the batting isn't guaranteed in all games.

"As far as the opening combination is concerned, Shikhar (Dhawan) and Rohit (Sharma) will definitely start. They have been amazing for us in the past few years," Kohli said.

"It's not a guarantee that this is going to be considered in the future," said Kohli on whether he will be seen opening the batting for India in the coming matches.

The ODI series could also mean a possible debut for Prasidh Krishna, the Karnataka fast bowler who earned his maiden call-up to the India squad.

Beside Krishna, Krunal Pandya, who also got a call-up to the ODI squad, Hardik Pandya, Shreyas Iyer, and Rishabh Pant are likely to feature in the starting XI for India.

Virat Kohli India vs England 2020-21 Cricket
Get the latest updates on IND vs NZ 2021, check out the Schedule and Live Score . Like us on Facebook or follow us on Twitter for more sports updates. You can also download the NDTV Cricket app for Android or iOS.