India vs England: "Team That Hits The Most Boundaries Generally Wins The Game" In White-Ball Cricket, Says Jonny Bairstow

India vs England: Jonny Bairstow smashed seven sixes, while Ben Stokes cleared the ropes 10 times as England chased down the 337-run target with more than six over left to level the three-match ODI series. 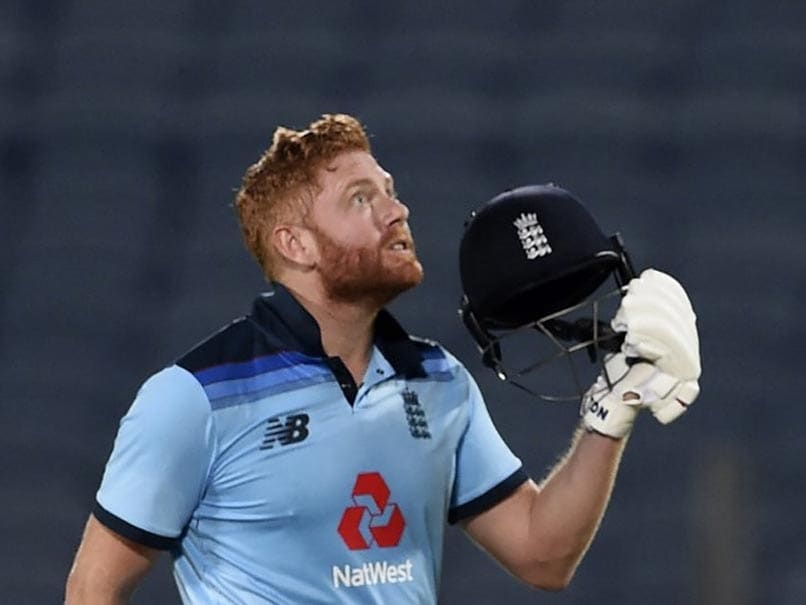 The reigning world champions would continue to stick to their aggressive and fearless brand of cricket, opening batsman Jonny Bairstow said after the tourists chased down 337 in just 43.3 overs to set up a series decider here on Sunday. The opening batsman followed up 94 from 66 balls in the first match with 124 from 112 as England plundered 20 sixes to make the stiff chase a complete mismatch.

"To be honest, I think it's just happening that way. There hasn't been a conversation saying we must hit more sixes," Baistow said after Friday's series-levelling second ODI.

Bairstow smashed seven sixes, while No. 3 Ben Stokes cleared the ropes 10 times before falling for 99. Opener Jason Roy (55) and debutant Liam Livingstone (27 not out) also added to India's misery as they conceded 20 sixes in total -- the joint most by them in an ODI. They had conceded a similar 20 sixes against South Africa in 2015.

"If you look at where the game is going around the world, whether that be in T20, or 50-over cricket the team that hits the most boundaries generally wins the game.

"And if you're hitting boundaries that are going for six rather than four, then the numbers are going to stack up slightly more.

"There's 20 today -- now, that's an extraordinary number in one game... If we can keep hitting boundaries, keep putting bowlers under pressure, they know if they miss their lengths, then that potentially could go for six."

The reigning world champions are however aware of their high-risk approach, having lost the series-opener by 66 runs despite Bairstow and Roy getting the team off to a similarly spectacular start.

"Look, the execution won't happen every single time and people will get out doing it. But everybody in the dressing room is backing that person out in the middle. If they want to hit the ball for six they believe in everyone's ability. That's a good place to be in."

Reflecting upon their loss in the first ODI and said: "If you actually break the game down only from a couple of days ago, we were way ahead of the game," he said.

"A couple of bits happened and a couple of wickets fell but we were way ahead of that game and that was something that we went away and spoke about and identified.

"To win that, chase down 337 with six-seven overs left and six wickets in the shed is something that we were really pleased with," he said.

On personal front, Bairstow, who hit his 11th ODI century, has set his sights on scoring the most number of hundreds for his country in the fifty-over format.

All his ODI centuries have come after he was promoted to open in 2017 as he has only Joe Root (16), skipper Eoin Morgan (13) and Marcus Trescothick (12) ahead of him in the list.

"Well, naturally you'd like to have the most ODI hundreds for England. I'm happy, that's the biggest thing and certainly in batting."

"I've got 11, and I think I have opened only 56-57 times so yeah I'm happy with those figures, but they mean nothing if you don't keep converting them in the future.

"So, look, I'm happy with how I'm playing cricket at the moment and I'm really enjoying it," he said.

Ben Stokes Maharashtra Cricket Association Stadium, Pune India vs England 2020-21 Cricket India vs England, 2nd ODI
Get the latest updates on Fifa Worldcup 2022 and check out  Fifa World Cup Schedule, Stats and Live Cricket Score. Like us on Facebook or follow us on Twitter for more sports updates. You can also download the NDTV Cricket app for Android or iOS.