India vs England: Suryakumar Yadav tweeted after getting his maiden India call-up for the T20I series against England. 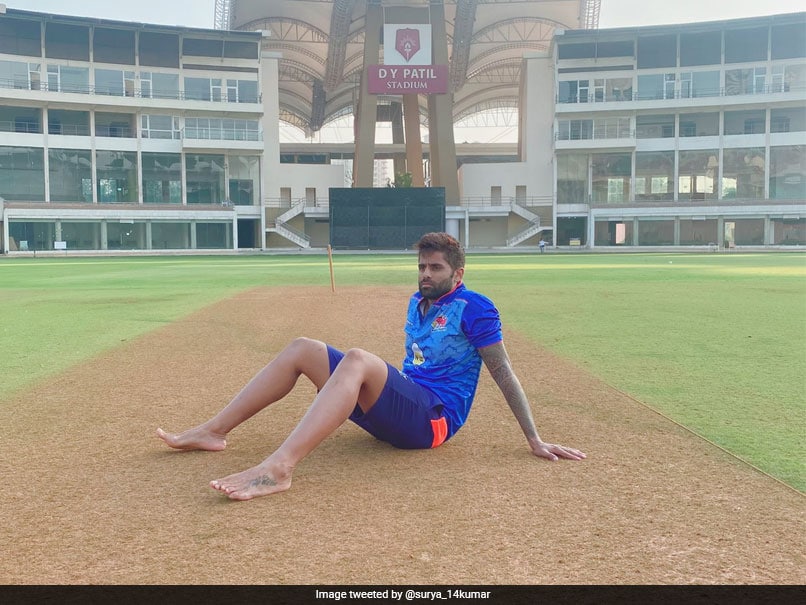 Suryakumar Yadav has been called up for the 5-match T20I series against England.© Twitter

Suryakumar Yadav, who got his maiden India call-up for the T20 International (T20I) series against England, after knocking on the doors for a long time, took to Twitter to express his joy upon his selection. Suryakumar Yadav was among three players to get their maiden call-up for the national team as the Board of Control for Cricket in India (BCCI) named the squad for the five-match series against England. "The feeling is surreal," Suryakumar tweeted, along with an Indian flag and heart emojis.

The feeling is surreal pic.twitter.com/RccRbyYpx4

Suryakumar Yadav was one of the standout performers for Mumbai Indians as they marched to their record-extending fifth Indian Premier League (IPL) title in the United Arab Emirates last year.

The right-hander scored 480 runs at a strike rate of 145.01, including an unbeaten 79 against Royal Challengers Bangalore, as MI lifted the trophy. He hit four half-centuries and averaged 40 in the tournament.

There were calls for his inclusion in the T20I squad for India's tour of Australia last year, but he was left out. However, he will now get a chance to impress in the series against England, as India look to find their best combination for the T20 World Cup later in the year.

Apart from Suryakumar Yadav, Ishan Kishan and Rahul Tewatia were also included in the national team for the first time. Kolkata Knight Riders' mystery spinner Varun Chakravarthy has also been called up to the team, after injury ruled him out from the tour of Australia after initially being included in the squad.

All five matches of the T20I series will be played at the Motera Stadium in Ahmedabad, with the first T20I scheduled to be played on March 12.

England Cricket Team Suryakumar Yadav Cricket
Get the latest updates on India vs South Africa and check out  Schedule, Results and Live Score. Like us on Facebook or follow us on Twitter for more sports updates. You can also download the NDTV Cricket app for Android or iOS.