India vs England: Suryakumar Yadav and Ishan Kishan, who played under Rohit Sharma's captaincy at the IPL for Mumbai Indians, got their maiden India call-ups for T20I series. 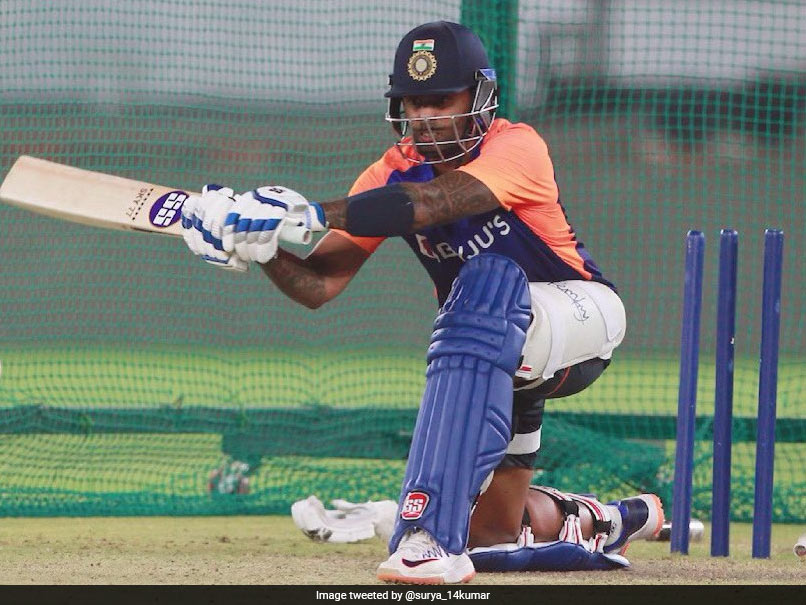 IND vs ENG: Suryakumar Yadav got his maiden India call-up for the T20I series against England.© Surkyakumar Yadav/Instagram

India's limited-overs vice-captain Rohit Sharma on Wednesday said that he doesn't want newcomers Suryakumar Yadav and Ishan Kishan to think about a lot of stuff – he wants the duo to just enjoy the moment. Suryakumar Yadav earned his maiden call-up to the Indian squad along with the likes of Ishan Kishan and Rahul Tewatia for the upcoming five-match T20I series against England, beginning Friday. Rohit has seen Suryakumar and Ishan closely as he leads the duo in the Indian Premier League (IPL) franchise Mumbai Indians.

"I do not want them thinking about anything. Watching them closely for a few years now, I have realised that it's important for them to come here and be part of this set-up which the team has and the team has tasted success for all these years. I just want them to be having fun and understanding what this team is all about," said Rohit while replying to an ANI query during a virtual press conference on Wednesday.

"Keeping in mind that this is the first time that they have been selected into the squad, they will be nervous, they will be thinking about performances and all that.

"It is important for people like me and some senior members of the coaching staff to tell them it is just another team that you have got to be a part of. You just have to enjoy the moment. Thinking about performances and what I need to do if I get an opportunity will only put pressure on them.

"I think it is important for them to just have fun, relax and be part of this wonderful set up first and when the opportunity comes... I am sure these guys have done well especially last year and it is about carrying that form and putting it out here," he added.

Talkin further on Suryakumar and Kishan, Rohit said: "It would not be easy out here. They would be challenged but that is what international cricket is all about. You will be challenged every now and then – it is about how you respond to those challenges. It is about telling them to have the right mindset and tell them about the challenges that lie ahead."

When asked whether India sees this series against England as dress-rehearsal for T20 World Cup, Rohit said: "You are playing for the country, you are wearing that jersey, there is no rehearsal here.

"There is no time for rehearsal, you have to be at it. It does not matter which opponent you are playing, you are wearing the national jersey, it is important for us to win the series and do our best.

"(We are) Not thinking too far ahead, it is about being present in the moment and the future will take care of itself. We need to focus on what is on our hands, it is a five-match series and it is a long series.

"As a team, it is important for us to know where we stand. But there is no time for rehearsal here and we need to have the mindset of winning each and every game," he added.

The upcoming five-match T20I series against England will help India get perfect practice before the T20 World Cup which is slated to be played in October-November this year in India.