India vs England: R Ashwin went past Zaheer Khan's tally of 597 international wickets for India to become the fourth-highest wicket-taker for the team in international cricket with 599 scalps. 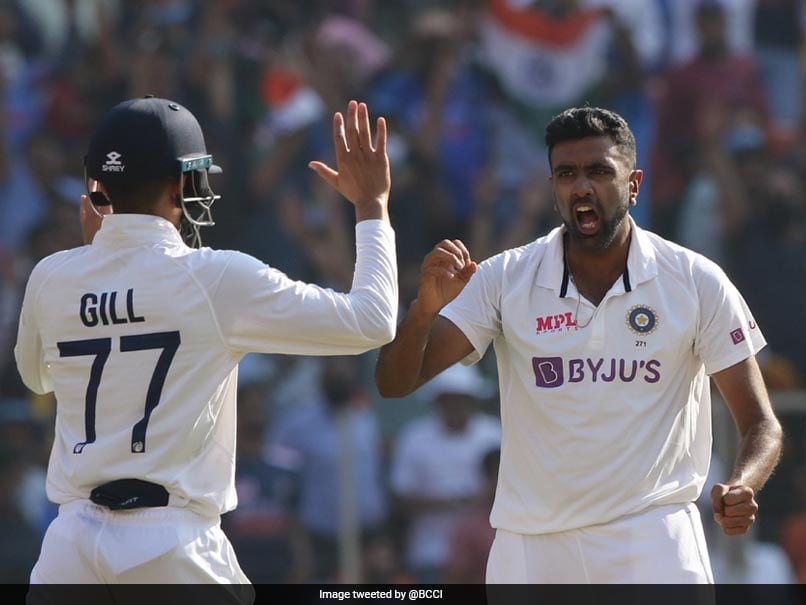 Seasoned off-spinner Ravichandran Ashwin on Wednesday went past Zaheer Khan's tally of 597 international wickets to climb to the fourth spot on the list of Indian bowlers with the most wickets in international cricket. Ashwin dismissed Ollie Pope in the 28th over to overtake Zaheer's tally at the Narendra Modi Stadium on Wednesday. Ashwin now has 599 wickets across formats and is only behind former skipper Anil Kumble (953), spinner Harbhajan Singh (707), and Kapil Dev (687). The off-spinner is also on the brink of becoming the fourth Indian bowler to take 400 Test wickets.

Ashwin is just three wickets away from the glorious milestone in the longest format of the game. In the ongoing pink-ball Test, Ashwin along with Axar Patel spun a web as India bundled out England for a paltry 112 in the first innings.

Axar, playing in just his second Test, scalped six wickets while Ashwin returned with three wickets as the visitors were bowled out in just 48.4 overs.

This was Axar's second five-wicket haul in a row as he had scalped five in the second innings of the second Test as well.

Skipper Virat Kohli might have lost the toss in the third Test, but his bowlers ensured that the hosts dominated the first two sessions.

Zaheer Khan India vs England 2020-21 Cricket
Get the latest updates on India vs South Africa and check out  Schedule, Results and Live Score. Like us on Facebook or follow us on Twitter for more sports updates. You can also download the NDTV Cricket app for Android or iOS.