India vs England: Made Most Of My Chances In ODI Series vs England, says Shikhar Dhawan

India vs England: Shikhar Dhawan was in good batting form in the ODI series, which India won 2-1 at the MCA Stadium in Pune. 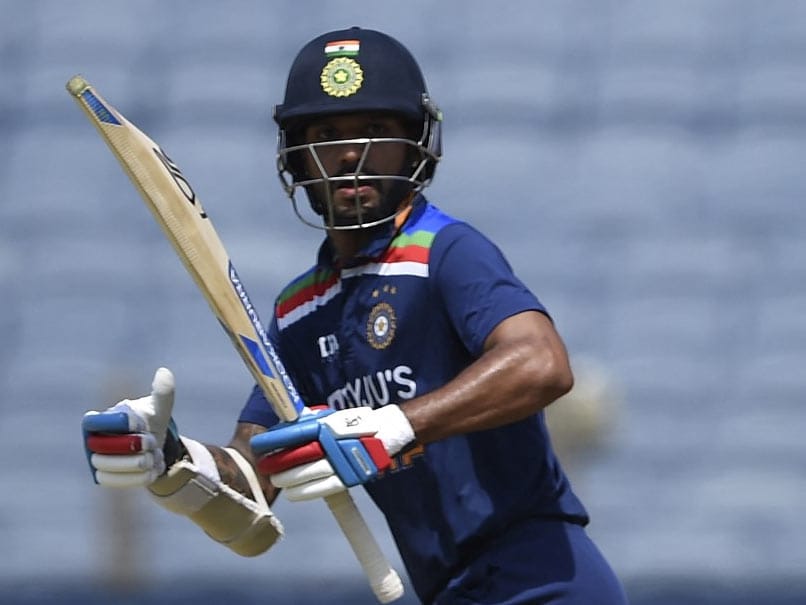 IND vs ENG: Shikhar Dhawan hits a shot during the ODI series, at the MCA Stadium in Pune.© AFP

India batsman Shikhar Dhawan said that he enjoyed his time in the ODI series against England and made the most of his chances. India clinched the three-match series 2-1. Dhawan accumulated 171 runs in the series, nearly missing out on a century in the first ODI as he got out on 98 runs. "I was always in the groove. Once I got the chance, I made the most of it. It's a good feeling to bat like this, I really enjoyed it. I was playing domestic cricket, I was preparing for it and that was the best match practice I could get coming into this series. The wicket was good for the last two matches and it stayed true today as well. I enjoy playing on bouncy tracks," Dhawan told host broadcaster Star Sports after the game.

Earlier, Sam Curran's 95-run knock went in vain as a spirited bowling performance by India helped the hosts to defeat England by seven runs in the third ODI.

India's batting unit displayed a change of approach and this ensured that despite losing wickets at regular intervals, the hosts posted a total of 329.

The Virat Kohli-led side won all the series in this England's tour of India. India clinched the four-match Test series 3-1 and then went onto win the five-match T20I series 3-2.

Shikhar Dhawan India vs England 2020-21 India vs England, 3rd ODI Cricket
Get the latest updates on SA vs IND 2021-22, check out the Schedule and Live Score . Like us on Facebook or follow us on Twitter for more sports updates. You can also download the NDTV Cricket app for Android or iOS.