India vs England: Shikhar Dhawan enjoyed some "quality downtime" ahead of the second ODI against England. 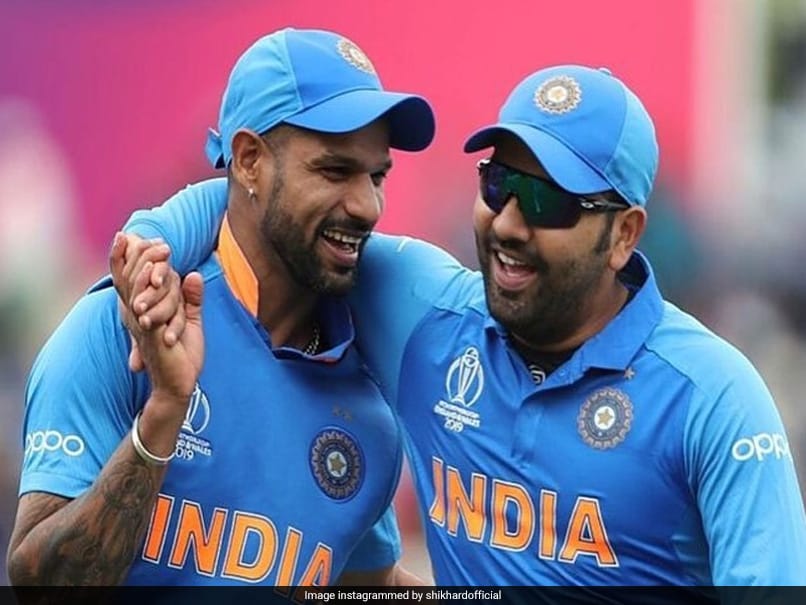 Shikhar Dhawan, who was the star with the bat for India in the One-Day International (ODI) series opener against England, enjoyed some "quality downtime" ahead of the second match against the visitors. India will take on England in the 2nd ODI at Maharashtra Cricket Association stadium in Pune on Friday. On the eve of the game, Dhawan posted a couple of photos with his India teammates. In one photo, the left-handed opening batsman can be seen posing with his arms spread wide. The image also features Rohit Sharma, Shardul Thakur, Kuldeep Yadav, Yuzvendra Chahaland his wife Dhanashree Verma.

In the next image, Dhawan can be seen having a laugh with Shardul.

Dhawan had scored 98 off 106 deliveries in the first ODI against England, helping the hosts post a match-winning total of 317 for five.

Dhawan roared back to form with a knock that was studded with 11 boundaries and two maximums.

While batsmen fired for the hosts in the series opener, Shardul was once again the enforcer with the ball for India in crunch situations.

The pacer removed Eoin Morgan and Jos Buttler in the same over to turn things around for India.

A win on Friday will seal the series for India while England, battling with injuries, will be gunning to stay alive after losing the first game on Tuesday.

Yuzvendra Chahal India vs England 2020-21 Cricket
Get the latest updates on ICC T20 Worldcup 2022 and CWG 2022 check out the Schedule, Live Score and Medals Tally. Like us on Facebook or follow us on Twitter for more sports updates. You can also download the NDTV Cricket app for Android or iOS.